Why in News:  In the early hours of April 21, a fleet of bulldozers accompanied by hundreds of policemen descended on Jahangirpuri in northwest Delhi to demolish buildings, petty shops, and the entrance gate of a mosque. Soon after the demolitions started, the Supreme Court in an urgent hearing ordered that “status quo” be maintained until further orders. 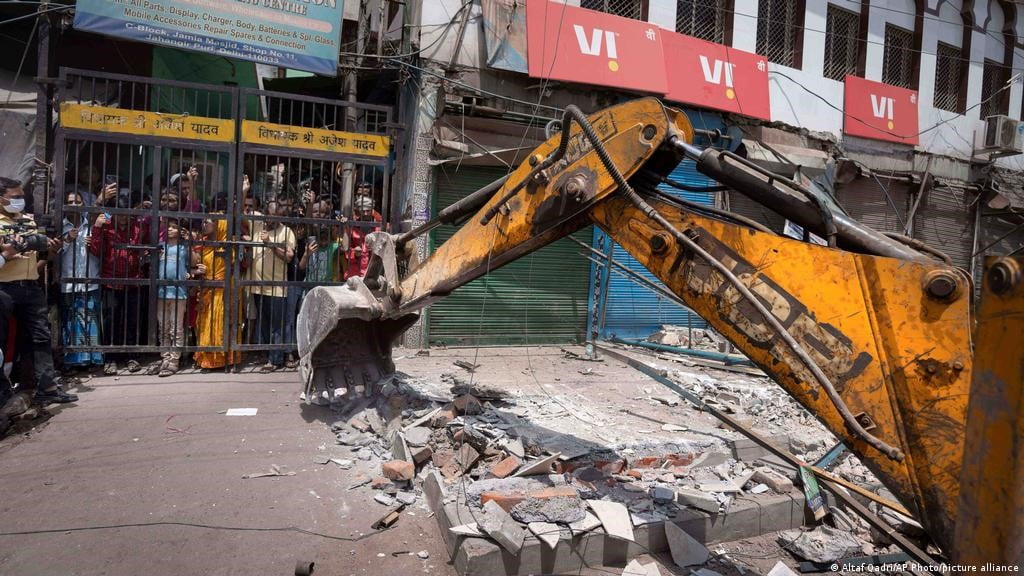 Why did the demolitions occur?
Can the State demolish property of offenders as punishment for criminal offences?

Destruction of Public & Private properties vs State of AP, 2009 case

What are the concerns with recent demolition drives?

What was Olga Tellis vs. Bombay Municipal Corporation (1985) Judgement?
Ajay Maken vs Union of India (2019)
What are the legal principles governing demolitions of buildings, and were they followed?)

Given the political & communal overtones of the recent demolition drives, rule of law cannot be saved purely through judicial intervention and would need broader political & peoples’ struggles.

Mains Practice Question – Can the State demolish property of offenders as punishment for criminal offences? Discuss.