Context: At the World Economic Forum in Davos, Switzerland, India stated that it will emerge as the leader of green hydrogen by taking advantage of the current energy crisis across the globe. 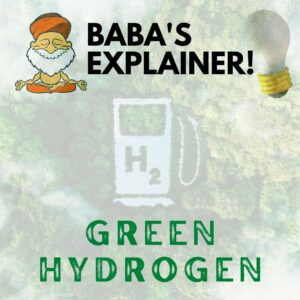 What is Hydrogen fuel?
What is Green Hydrogen?

What are the advantages of Green Hydrogen?
How Hydrogen based vehicles are better than Battery based Electric Vehicles?
What is National Hydrogen Policy?

What are the challenges with regard to Hydrogen Fuel?
What is the way ahead?

Mains Practice Question – The government has unveiled the first part of the much-awaited National Hydrogen Policy. In this context, critically analyse the utility of anchoring our energy security with Green Hydrogen.