Why In News: Supreme Court has stayed 27 percent reservation for OBCs in local body polls in Madhya Pradesh. 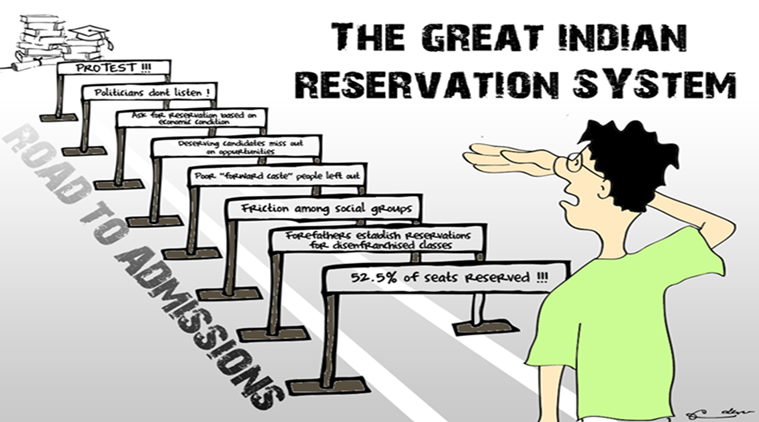 What is meant by Reservation?
What is the History of OBC reservations in India?
What were the recommendations of Mandal commission?

Some of the recommendations of Mandal Commission are:

On August 7, 1990, then PM V P Singh announced in Parliament that his government had accepted the Mandal Commission report.

What has been the Supreme Court’s verdict on OBC reservation?

The Supreme Court dealt with Constitutional Validity of OBC reservation in ‘Indira Sawhney’ Case or Mandal Case.  The Supreme Court’s nine-judge panel gave the following verdict with a 6:3 majority on November 16, 1992:

What has been the major Criticism of OBC reservation?
What is Rohini Commission?

What is Rohini Commission?

Challenges Before the Commision:

Findings of the Commission Until Now:

What about OBC reservation by States?
What about OBC quota in elections?
Has there been a call for reconsidering the 50-per-cent ceiling?

Mains Practice Question – Do you think, there is a need to review the reservation structure? Critically Comment.