What is Surrogacy and what are the different types?

There can be two arrangements involving surrogacy

Mains Practice Question – Critically analyze the provisions of the Surrogacy regulation act of 2021. 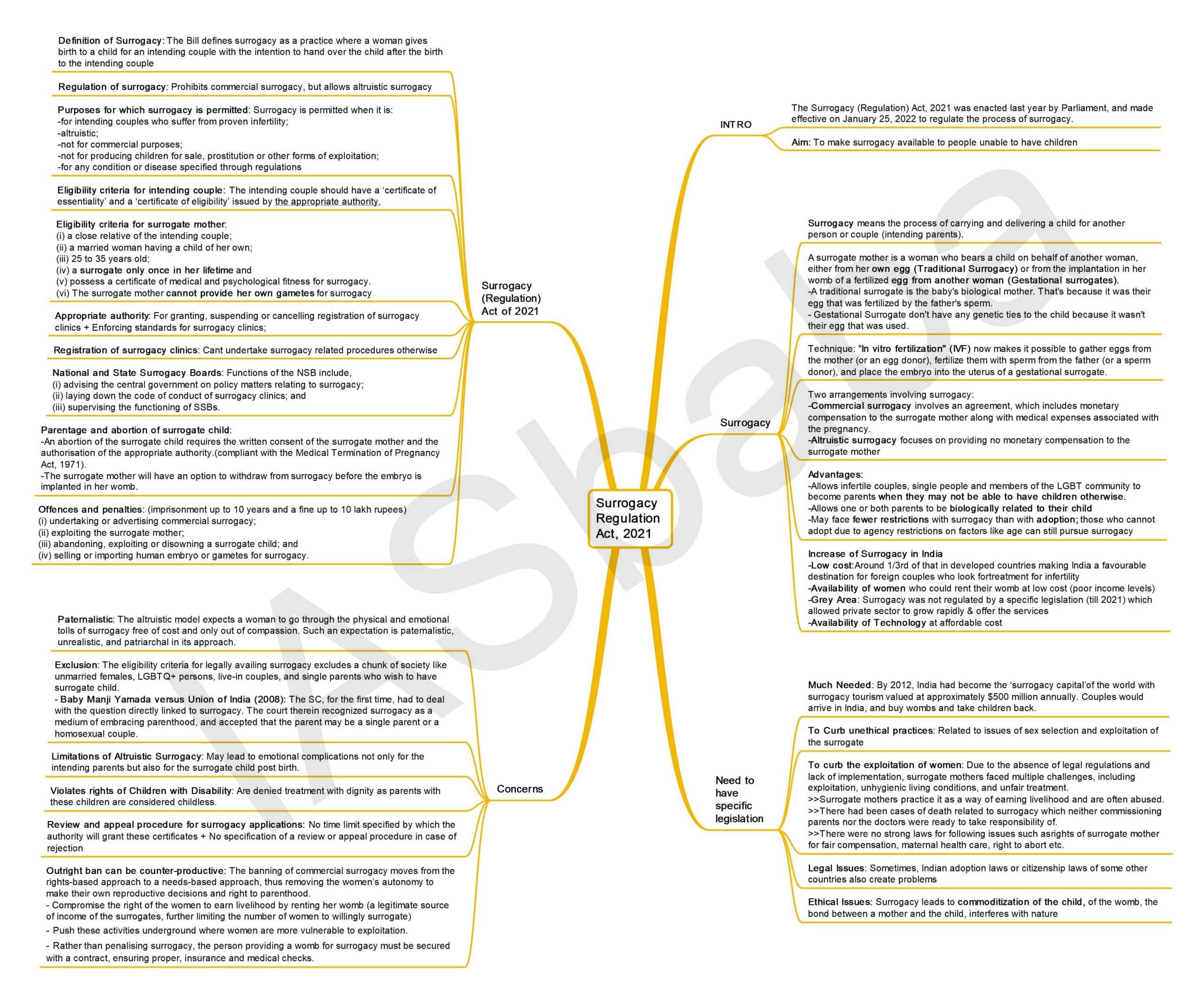