In News: A new species of old-world monkey recorded from Arunachal Pradesh has been named after a strategic mountain pass at 13,700 ft above sea level.

The Sela macaque was geographically separated from the Arunachal macaque ((Macaca munzala) of Tawang district) by Sela, the Eastern Himalayan pass at 13,700 ft (phylogenetic analysis revealed). 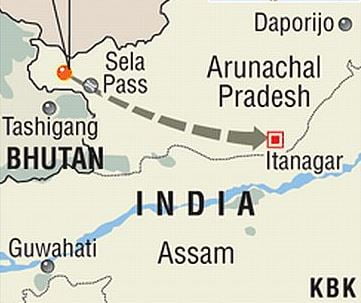