Why in News: Several parts of the country are reeling under heat wave conditions. Cities, especially, are a lot hotter than rural areas.

NASA’s Ecosystem Spaceborne Thermal Radiometer Experiment (Ecostress) captured an image shortly before midnight of May 5, covering an area of about 12,350 square kilometres, which showed a large red patch around Delhi and smaller red patches around neighbouring cities of Sonipat, Panipat, Jind and Bhiwani. These red patches, implying higher temperatures, were the heat islands, while the rural areas around the cities witnessing lower temperatures.

What is an Urban Heat Island (UHI)?

Why are cities hotter than rural areas?

Rural areas have relatively larger green cover in the form of plantations, farmlands, forests and trees as compared to urban spaces.

Thus, forms temporary islands within cities where the heat remains trapped. These are urban heat islands that record higher day temperatures than other localities.

Poor water and air quality: As there are more pollutants, they are blocked from from scattering and becoming less toxic by the urban landscape. Warm water from the UHI stresses the native species that have adapted to life in a cooler aquatic environment.

Colonization by heat-loving species: UHI increases the colonization of species that like warm temperatures, such as lizards and geckos. Insects such as ants are more abundant here than in rural areas; these are referred to as ectotherms.

How can urban heat islands be reduced? 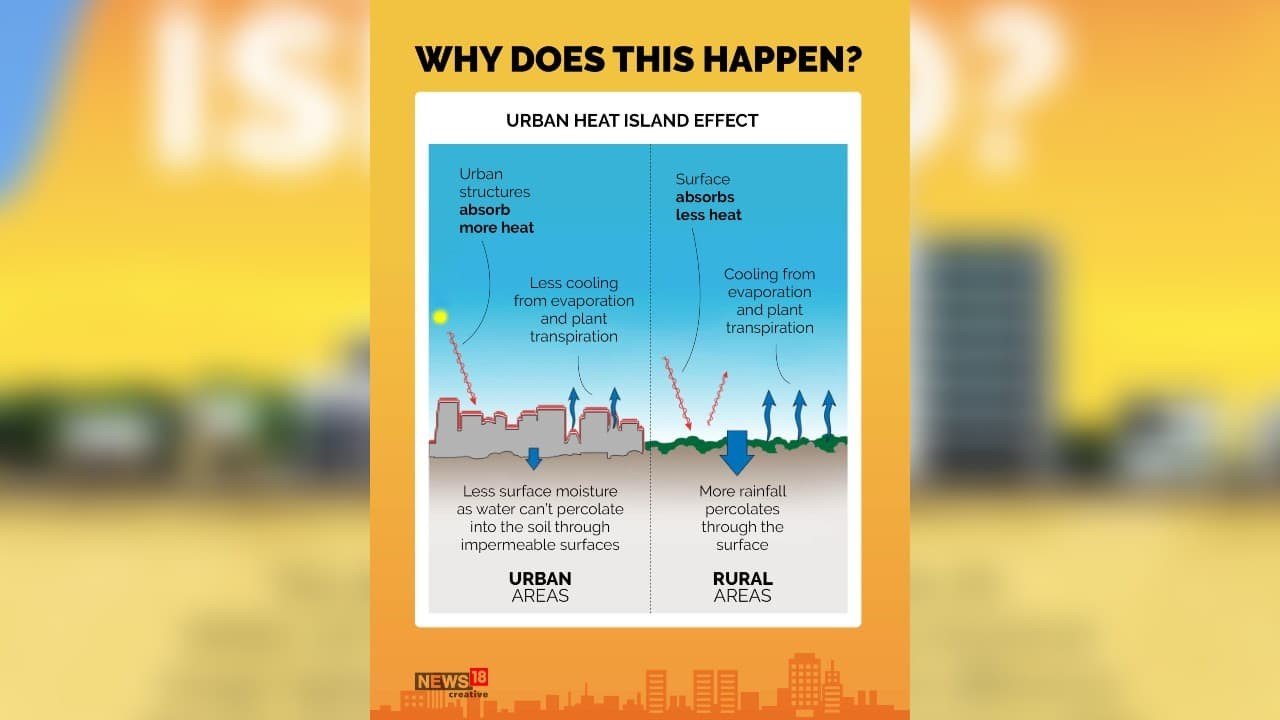