Context: An energy crisis in Australia has seen prices spike and supply issues plague much of the country’s east. This is astonishing given that Australia has good resources for power generation. 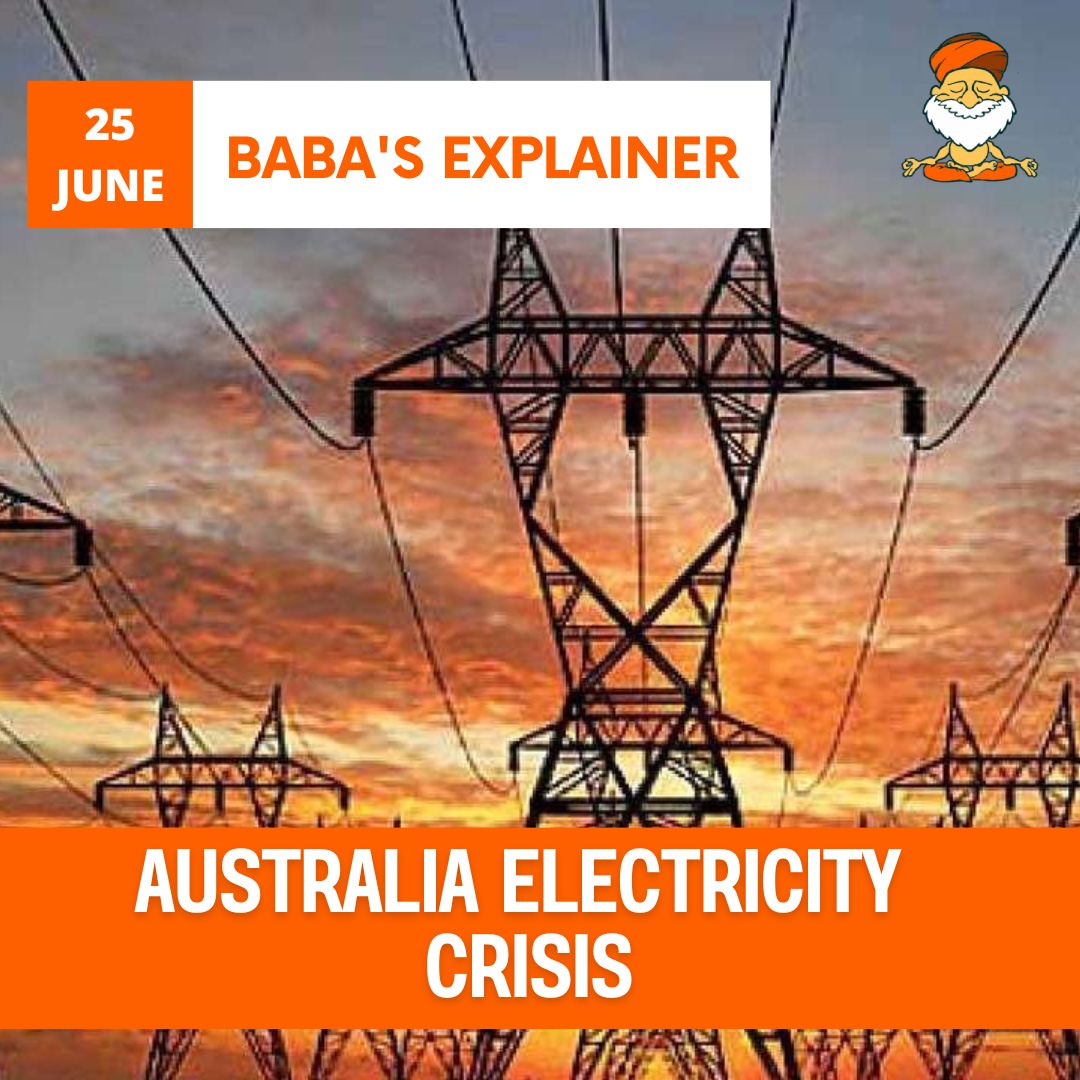 How did the electricity crisis unfold?
What are the factors that led to the current crisis?

The larger crisis in Australia’s energy sector has been ongoing since May.

Why was Western Australia saved from the crisis?
What are the implication for the world due to Australia-Power grid debacle?

Is India having any power challenges?

What is causing this crisis?

How critical was the coal shortage in India?
What steps government took to tackle this problem?
Why is this power crisis recurring every year in India?

Mains Practice Question –Australia though blessed with rich resources has been facing energy crisis in recent times. In this context, what lessons does Australia power crisis has for India?