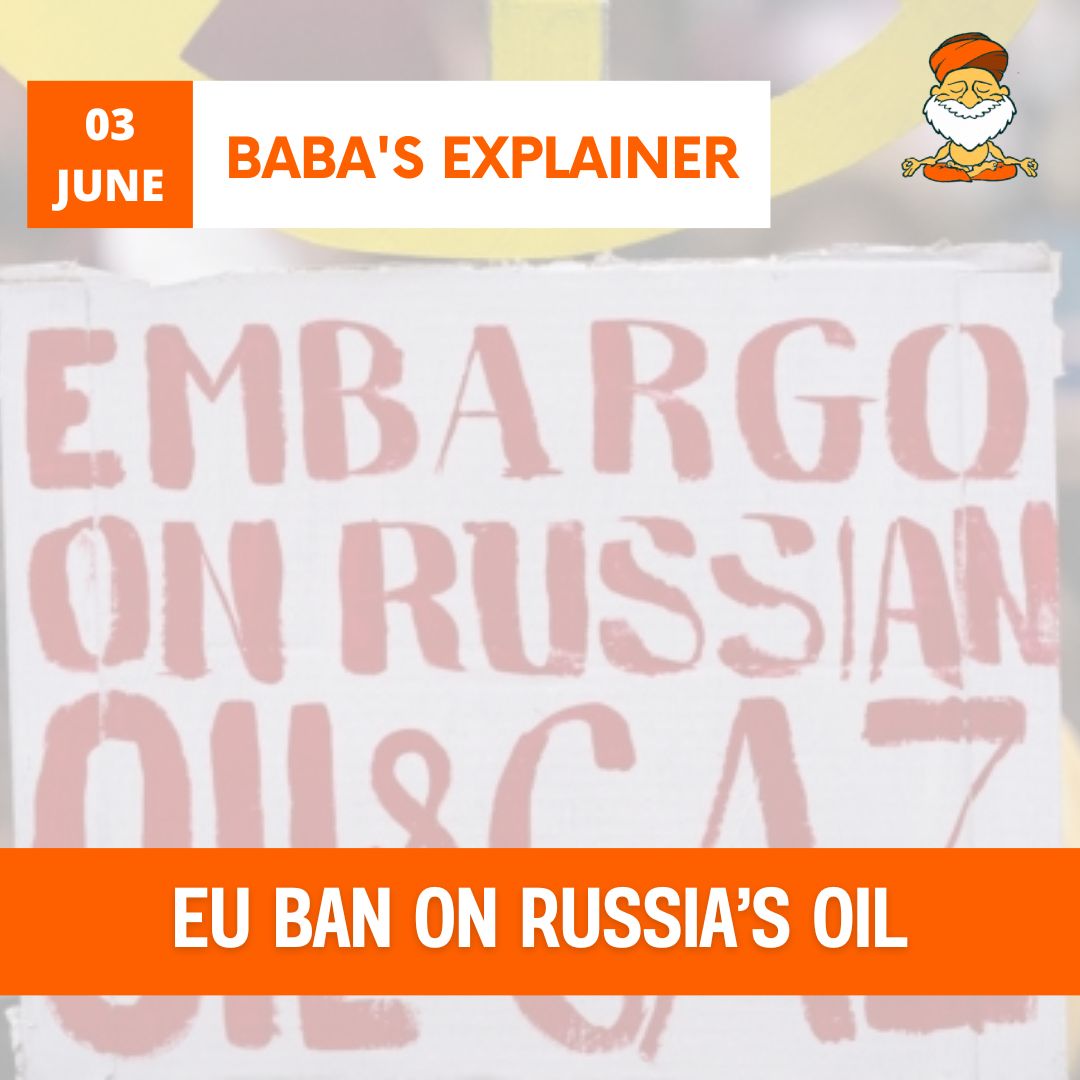 Context: As part of the sixth package of sanctions since Russia’s invasion of Ukraine, the European Union member states on May 30 reached an agreement to ban 90% of Russian crude oil imports by the end of the year. The partial embargo, worked out following extended negotiations in Brussels, exempts pipeline oil in order to bypass Hungary’s objections to the ban.

Why has Russia invaded Ukraine?
What has been the reaction of West to Russia’s invasion?

Also, wide array of sanction are imposed by West that aims to contract Russia’s economy.

What was the original proposal of the oil ban by EU?
What was the rationale behind imposing oil embargo on Russia? 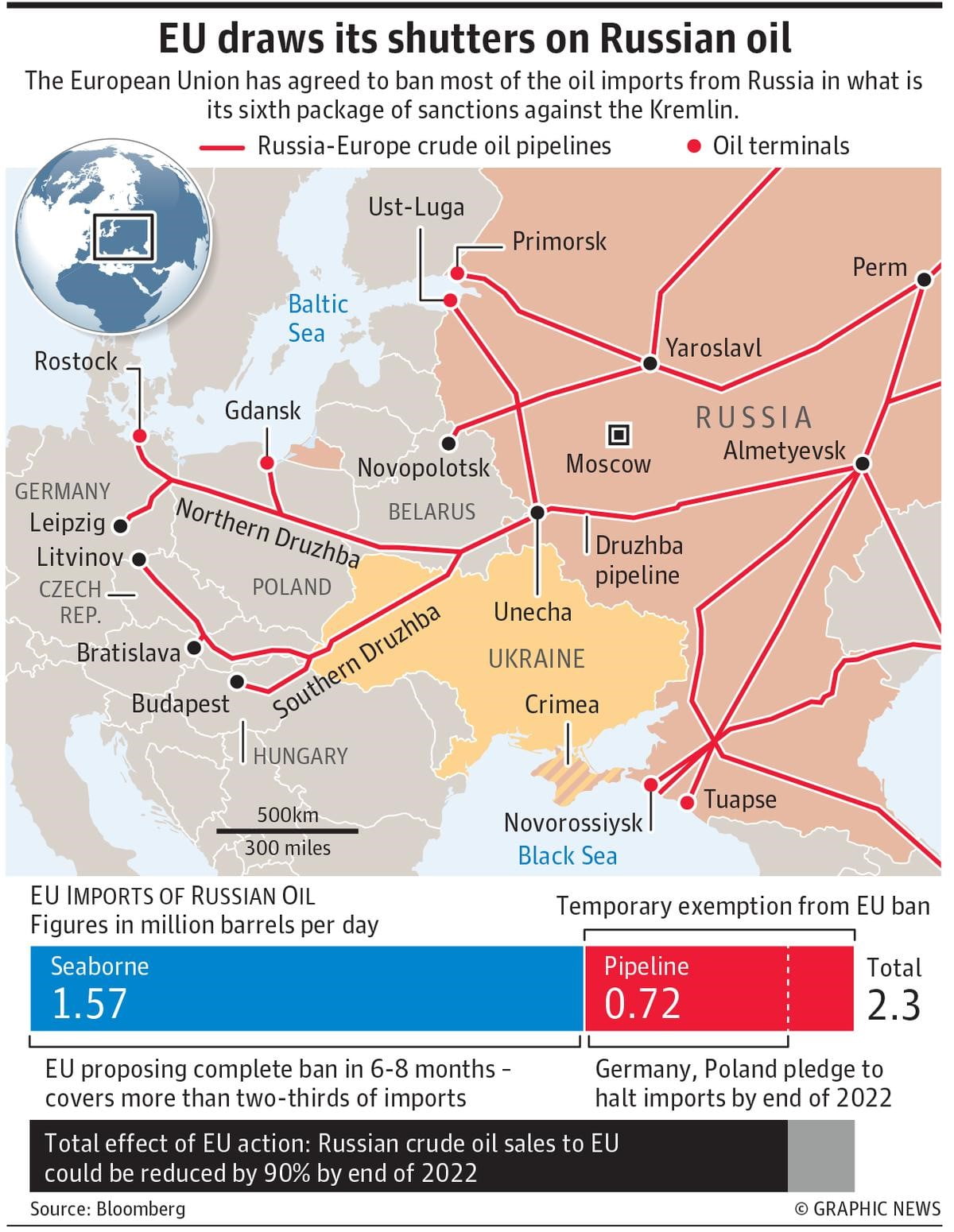 What sanctions has the EU just introduced?
Why was exemption given for pipeline imports?
Do the exemptions dilute the embargo?
Are there other elements in the sanctions?

Apart from the oil embargo, the package of sanctions also contains other tough measures against Russia. These include

Mains Practice Question – What are the implications of western sanctions on Russia? Is it altering the geopolitical dynamics in the international order? 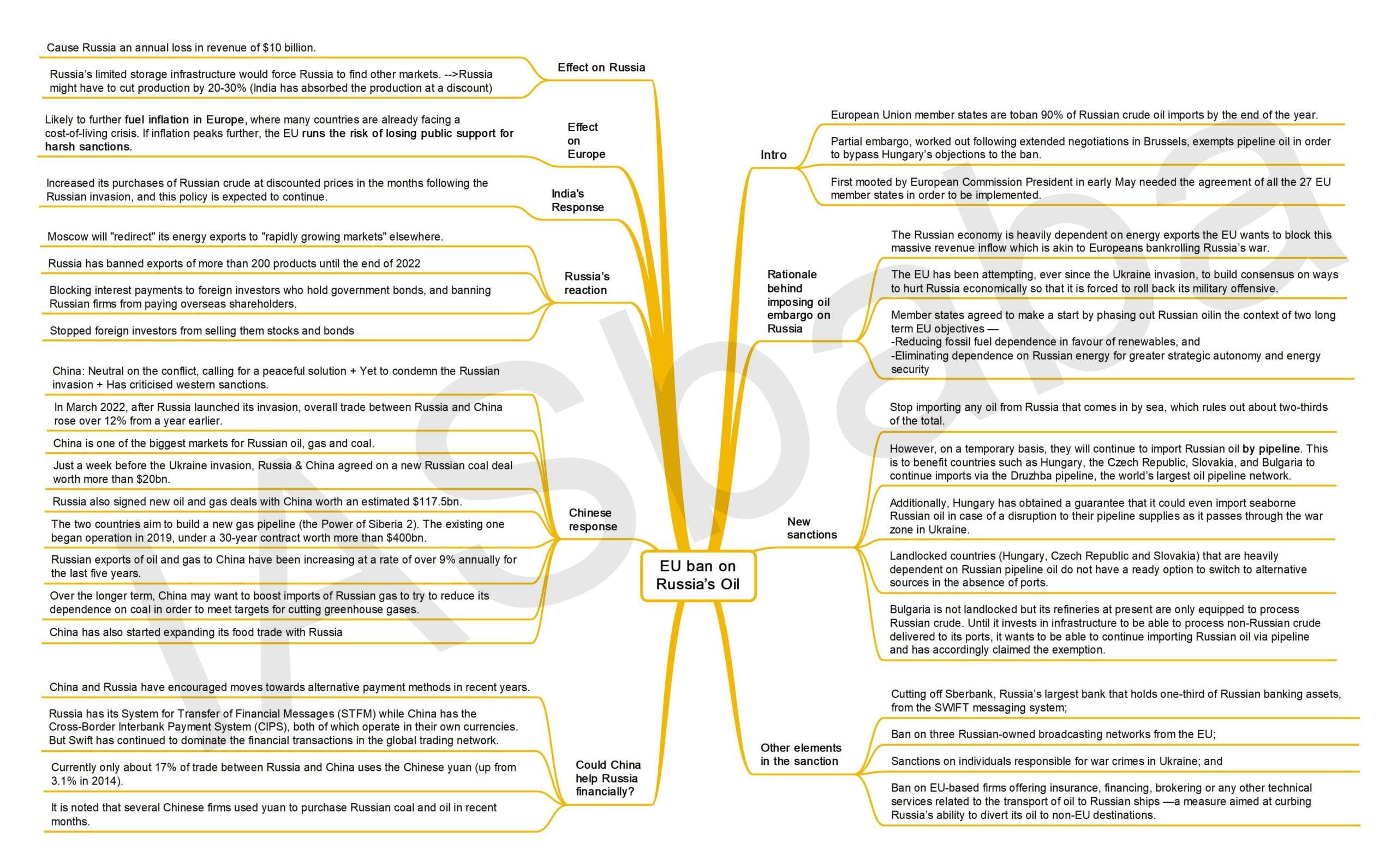