In News: The US is sending four HIMAR systems to Ukraine

What are ‘artillery rockets’? 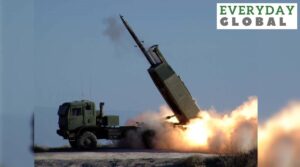 What’s the difference between a rocket and a missile in this context?

How powerful are these rockets?

Does Russia have anything similar?

Do the U.S. rockets have other advantages?

In News: The forest department of Bihar has established an elephant rescue centre at Bihar’s Valmiki Tiger Reserve (VTR) to rehabilitate stray, abandoned and injured elephants

Q.1) Among the following Tiger Reserves, which one has the largest area under “Critical Tiger Habitat”? (2020)

Context: In the wake of the Texas school massacre, let’s have a look at Gun Control Legislation in India

Context: For India, a lesson in food security from Sri Lanka

In News: A day after a ‘severe’ category thunderstorm hit the Delhi pavements and roads were strewn with tree branches and trunks that had snapped, and full-grown trees that were uprooted entirely.

In News: Assam’s Deepor Beel is perishing from concretisation and waste dumping 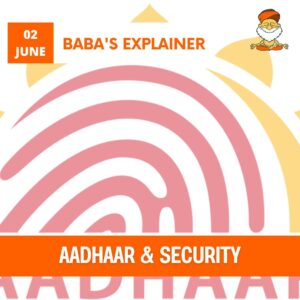 Context: Since the inception of the UID project, institutions and organizations have focused more on linking their databases with Aadhaar numbers and this has raised questions about the safety of the Aadhar ecosystem.

Unique Identification Development Authority of India (UIDAI) has issued an advisory asking people to refrain from sharing photocopies of their Aadhaar Card because it could be misused.

The above points refer to which of the following Ramsar site?

ANSWERS FOR ‘2nd JUNE 2022 – Daily Practice MCQs’ will be updated along with tomorrow’s Daily Current Affairs.