In News: In a first, an indigenously developed howitzer gun, ATAG, became part of the 21-gun salute during the Independence Day ceremony at the Red Fort. 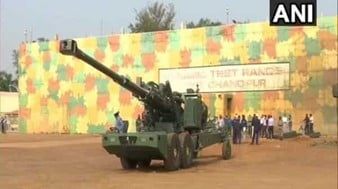 Induction of ATAGS into Army