Context: India is currently facing a unique job crisis because, while fewer people are employed in agriculture today, the transformation has been slow. 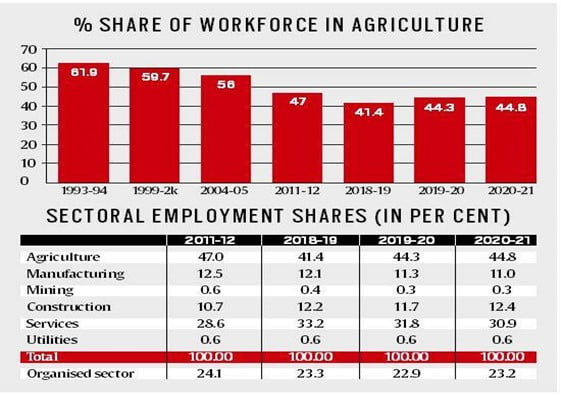 A picture in contrast

As a result, the Indian economy is unable to absorb excess labour.