In news: The South Korea-United States drills, called the Ulchi Freedom Shield, are scheduled. They are tri-service drills involving thousands of troops as well as live-fire exercises. 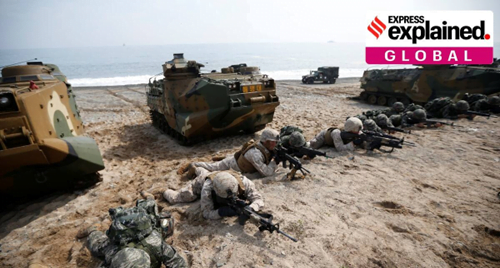