Context: Over the last two and a half years, as the coronavirus pandemic ravaged the world and exposed the vulnerabilities of humans to new diseases, scientists continued to push ahead with significant progress in utilising genome-editing technology.

Increasing focus on Gene-editing technology
What is the CRISPR technology? 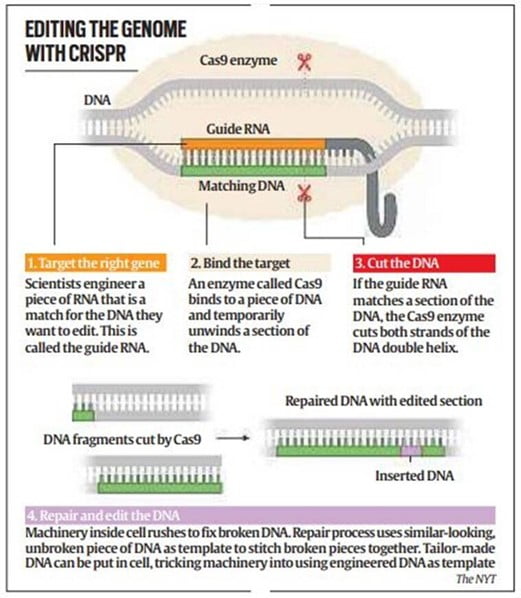 How does the Technology work in action?
What are the possibilities the CRISPR Technology presents?
Does CRISPR solution require surgery?
What is the ethical dilemma associated with using this technology?

Because of CRISPR’s power to induce dramatic changes in an individual, scientists, have been warning of the potential for misuse of the technology.

Main Practice Question: What is CRISPR Technology and what are the possibilities it present?