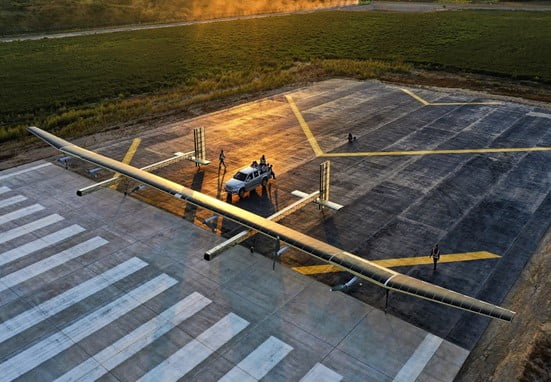 Cross between drone and satellite

Has any other country achieved this?