Context: Reform of the United Nations has been a central theme of External Affairs Minister visit to the United Nations and he also met with his counterparts from Germany, Brazil and Japan under The Group of Four (G4). The group is primarily focused on U.N. Security Council (UNSC) reform, and permanent membership of the body for G4 members, among others.

In this regard, let us discuss what is G4 grouping and why they aim for urgent need of UN Reforms.

Basis for these demands: 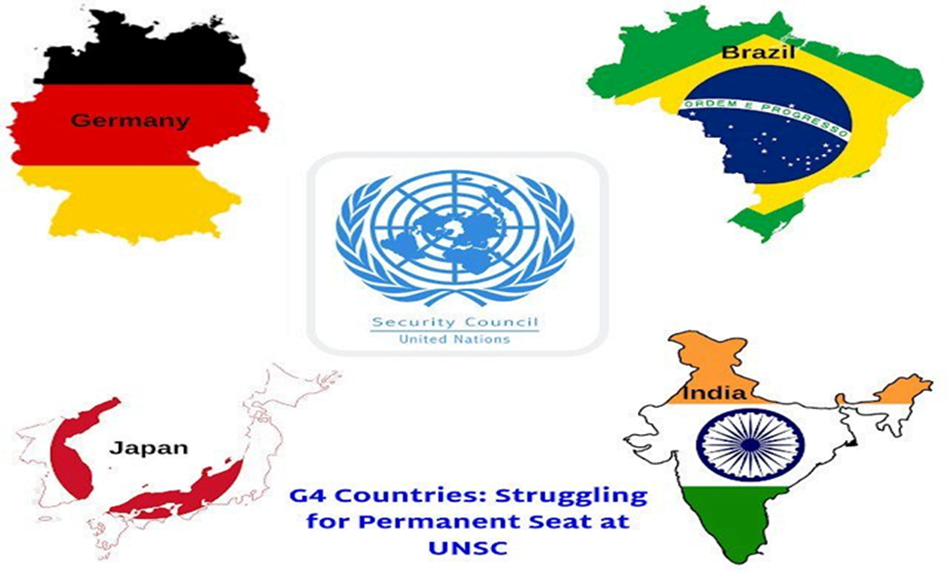 About Coffee Club/Uniting for Consensus:

What reforms are required in the United Nations:

Challenges to reforms and G4 demand: