Context: A three-judge Bench of the Supreme Court led by Chief Justice of India (CJI) U U Lalit will hear the challenge to the contentious Citizenship (Amendment) Act (CAA). 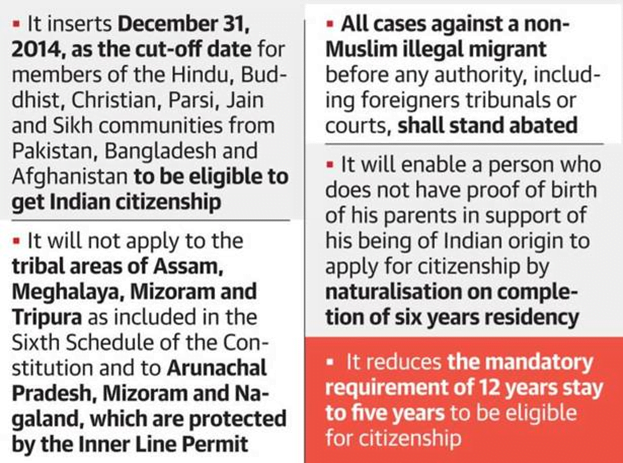 The Act is unconstitutional:

Against the basic structure of the constitution:

Why is the northeast against CAA?

Exceptions to the CAA:

The status of the case: