In News: The Supreme Court has agreed to examine a PIL challenging changes made to the right to freedom of speech and expression by the first amendment to the Constitution in 1951, with the petitioner contending that the amendment damages the basic structure doctrine. 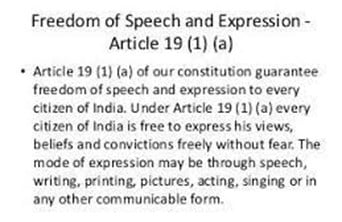 MUST READ  Doctrine of basic structure