Context: NASA has announced the recovery of debris from the Challenger spaceship that exploded 73 seconds after lift-off killing all seven astronauts aboard 37 years ago. 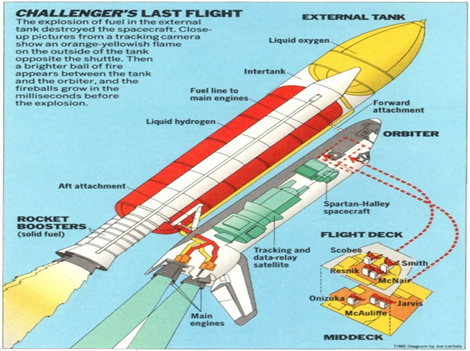 Q.1) If a major solar storm (solar flare) reaches the Earth, which of the following are the possible effects on the Earth?  (2022)