Context: “PLA troops tried to transgress the LAC in Yangtse area of Tawang Sector and unilaterally change the status quo”

Where is Tawang the site of clash? 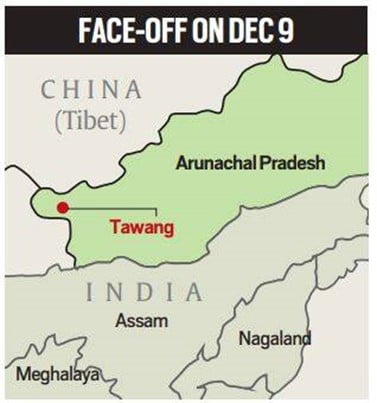 What is the context of new India-China crisis at Tawang?
What lies ahead?

Main Practice Question:  What are the reasons for China’s recent attack in Tawang? What are the strategic implications of such frequent border clashes?