Context: The government has shelled out Rs 9.53 crore of taxpayers’ money towards commission and printing costs of the Electoral Bonds (EBs) issued to fund political parties. 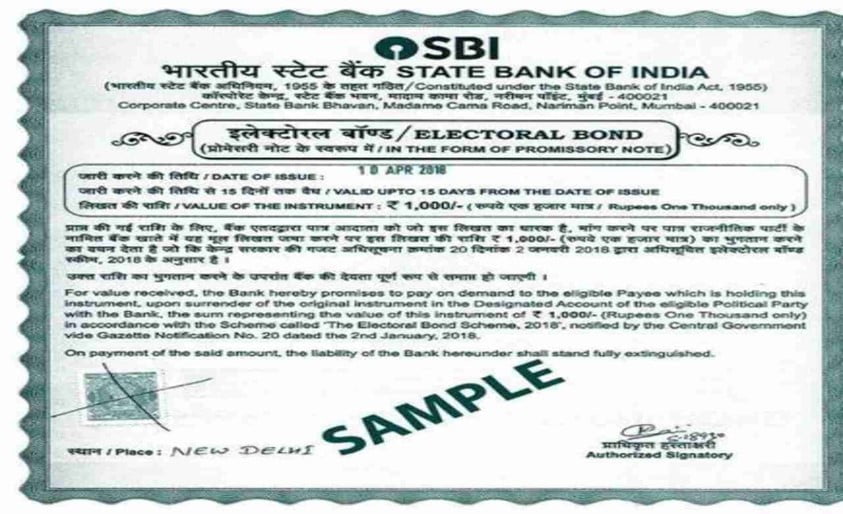 It can be said that the release of electoral bonds will restrict the generation of black money up to some extent. But the rule that identity of the donors will be kept confidential may make futile the exercise to eliminate black money, as it may just end up making Black money White.

The government may reconsider and modify certain provisions of the Electoral Bonds Scheme to ensure full disclosure and transparency. At the same time, the bonds should ensure that the funds being collected by the political parties are accounted for clean money from the appropriate channels without any obligation of give and take.