Its time to review the Right To Information (RTI) Act, 2005

Context: The Right to Information (RTI) Act was passed by Parliament in 2005, aiming to give people access to the records of the Central and State governments. It was a vital reform to help activists and individuals ensure transparency and accountability in governance. 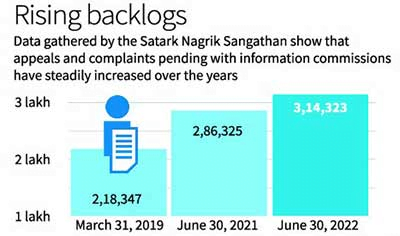 Issues associated with the RTI framework:

Challenges in Implementation of RTI Act:

It’s been in the 18th Year since the RTI Act came into existence, although the ACT has done tremendous help to the common citizens. However, the present times provide us a priceless opportunity to amend the law and redesign the processes of governance, particularly at the grassroots level where the citizens’ interface is maximum for a better informed citizenry and for the nation as a whole.

Need for reforms in Telecom Sector