Context:  Coming to the rescue of the critically endangered Great Indian Bustard (GIB), the Supreme Court recently mooted the idea of launching ‘Project GIB’ on the lines of ‘Project Tiger’, which was started in 1973 to save the big cats, and sought the government’s view on the proposal. 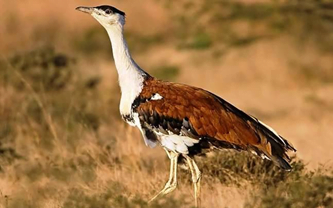 Q.1) With reference to India’s Desert National Park, which of the following statements are