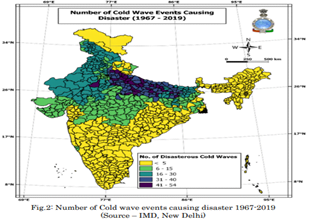 Criteria for Cold Wave by IMD: