In News: Public hearing on the environment clearance (EC) for Mali Parbat Bauxite Mining by Hindalco Industries in Korapaut on January 7, 2023 was presided over by the district judicial officer. 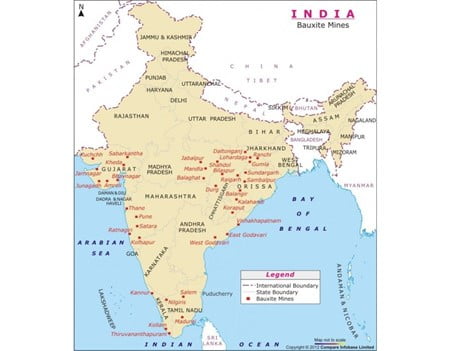 The distribution of Bauxite ore in India :