Don’t take away our autonomy: IIMs

Recently government has introduced a draft on Institutes of Management Bill, 2015.  IIM Bill 2015 has been put under discussion and is going to take the shape of IIM Act 2015 after nod from Parliament.

What is the bone of contention?

Points against the Bill

Points in favour of the Bill

Components of the program

What is BCIM Corridor? 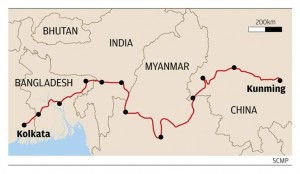 The initiative seeks to:

Benefits to India and BCIM as a whole