What can be the probable risks that India can encounter?

What can be the probable opportunities that India can encounter?

Special drawing rights (SDR’s) : SDR’s are supplementary foreign exchange reserve assets defined and maintained by the International Monetary Fund (IMF). It is made up of a basket of four currencies which include US Dollors, Euro, Pounds Sterling and Japanese Yen.

Why is LAB (Right to Fair compensation and transparency in Land Acquisition,Rehabilitation and Resettlement) controversial among Farmers Community?

Causes of Farmers Suicide in general in Indian Scenerio:

The below figure depicts the causes of Farmers suicide- 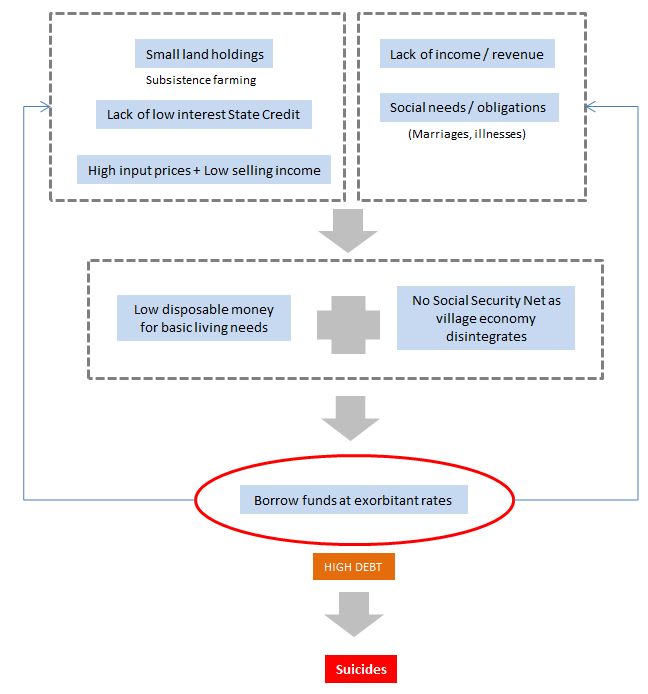 FPO is a farmer owned producer companies and new types of self reliant co -operatives broadly called Farmer Producer Organization ,i.e AMUL dairy. Though FPOs are the means of alleviation of deprivations and poverty of the cotton farmers, they have many managerial, structural as well as operational challenges.