Let us have a look at the important developments related to it.

Carbon budget available with the world is—

OECD report: Total climate finance had risen to US $52 billion in 2013 and US $62 billion in 2014, thus giving the impression that developed nations were well on their way to meeting the original US $100 billion by 2020 promise.

India’s Union Ministry of Finance: Argued that the OECD report had major methodological issues of double-counting, mislabelling and misreporting, the paper indicated that the only credible estimate was for US $2.2 billion in gross climate finance disbursements

It is necessary to “establish more credible, accurate, and verifiable numbers on the true size of the mobilisation of climate change finance commitments and flows from developed to developing countries”.
5-yr Assessment:

Assessment Reports— Help countries to decide if and how they want to enhance their nationally determined contributions for the next phase of the agreement
Technology Mechanism:
To help countries cooperate and foster collaborative research in future in developing and deploying cleaner technologies and fuel sources over time

Transparency Mechanism:
Uniform system in place to report on methods being adopted by countries:

Article 4 mandates that each country should, in five-year cycles, prepare, communicate and maintain an NDC.

Promises as a whole

Important Areas to be focussed upon:

Chennai floods: Water under the bridge- In a tragic misjudgment, a usually parched city set about conserving its water when it should have steadily released it

For  Detailed Analysis on  ‘Disaster Management: Chennai floods ’, refer the below link

Lessons of 1963- Resumed India-Pakistan dialogue is welcome. They must take small steps, focus on tangible achievements

When car-free is stay-at-home- In the absence of disabled-friendly public transport, Delhi’s car-free day and odd-even formula will force upon me undesired holidays.

India to talk tough on food at WTO summit

WTO meet: striking a fair deal- It is time that all these countries came together to pursue outcomes that are in the best interests of an overwhelming majority of the WTO members

For  more information on  ‘WTO and its relevance ’, refer the below link 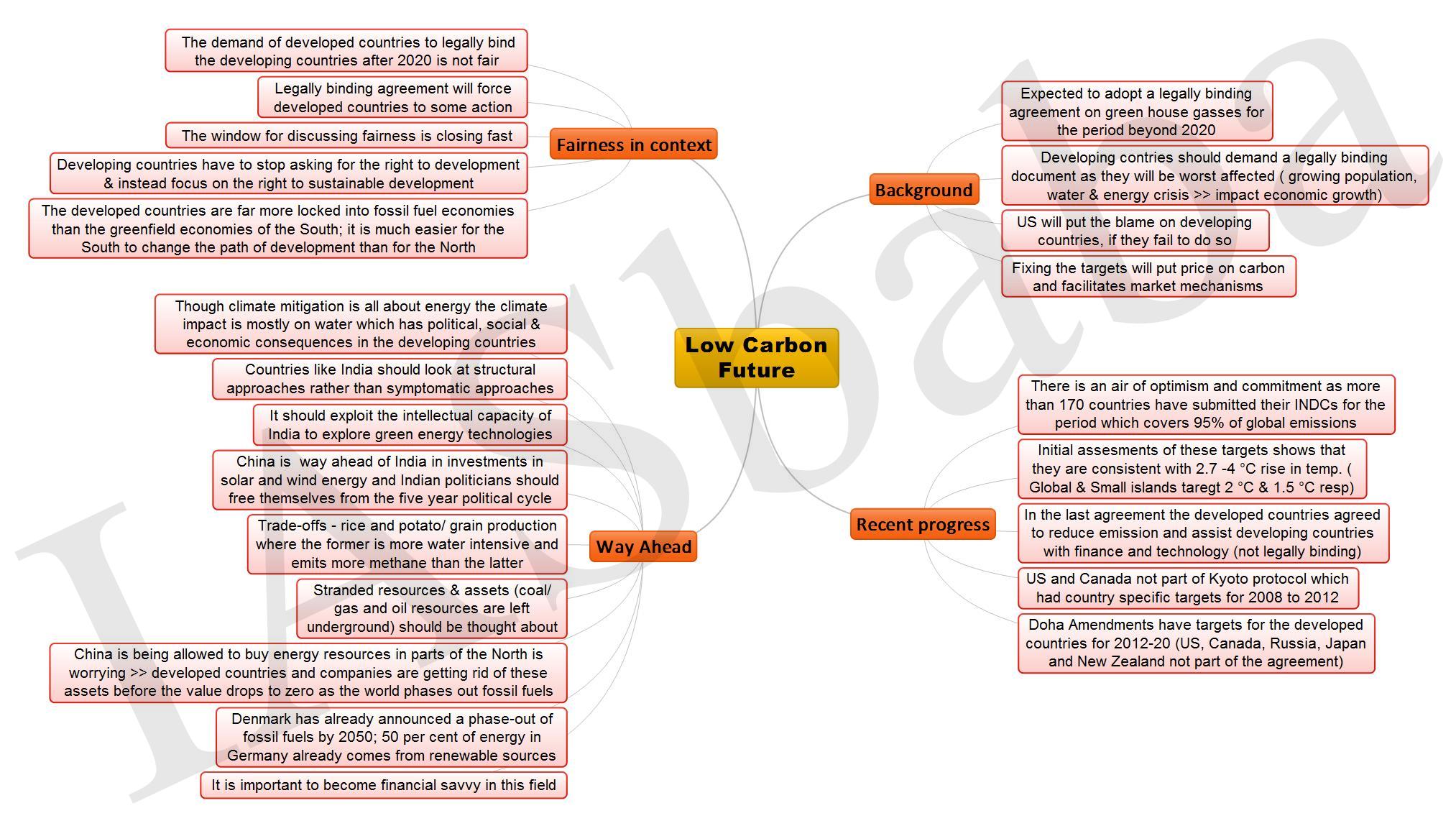