World Bank study (in the late 1990s): Salvatore Schiavo-Campo, Giulio de Tommaso and Amitabha Mukherjee found that less than 1.5 per cent of India’s population was employed in government, which was behind countries such as Malaysia and Sri Lanka (4.5 per cent) and China (around 3 per cent). In fact, government employment ratios in the rich and better governed West are much higher: around 15 per cent in Scandinavian countries and 6-8 per cent in the U.S. and Western Europe.

Richard Posner: “[perhaps] the relation between a nation’s economy and the percentage of its public workers is determined by a political and social culture that determines what tasks are assigned to government, what incentives and constraints are placed on public workers, and who is attracted to public service. Maybe, with the right combination, public service can be as economically productive as private enterprise.”

Synergy between Second Administrative Reforms Commission (ARC) and Pay Commission’s recommendations needs to be established for a better government and efficient governance in the country. The better payment prospects can be seen in a bright light only when the modernisation of the government takes place in the right way and at the right time (now)

How to Restructure the Bureaucracy?

They will have to be given the new teeth to take up challenging tasks with renewed vigour which is only possible if competition and fair play is ensured otherwise the same song will keep on being played, to keep them glued to their actual duties- policy making, policy implementation and governance.

Nothing democratic about it

Towards peace in the House

For Detailed Analysis on ‘Aviation Policy’, refer the following

Panel proposes to unleash watchdog on private coaching- Proposals are in public domain for consultation with stakeholders, coaching institutes are unhappy with suggestion of a watchdog

In their own voice

Two senior politicians speak up against ban politics, Section 377. They have been part of the problem, but it’s not too late.

For Detailed Analysis on ‘Section 377’, refer the following 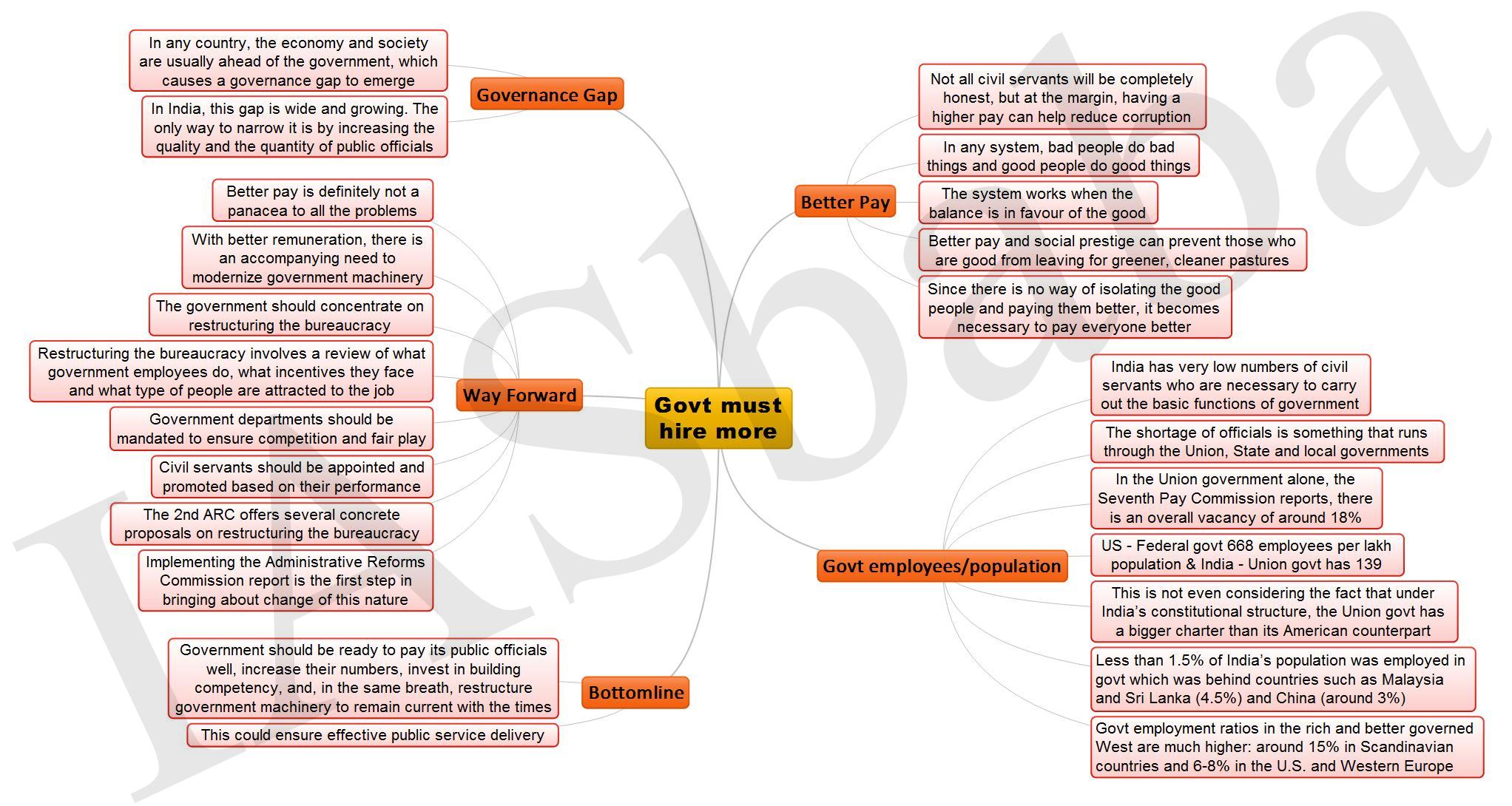