IASbaba’s Motivational Article: “The battle is not over, cause you have not won Yet- Prelims 2016” 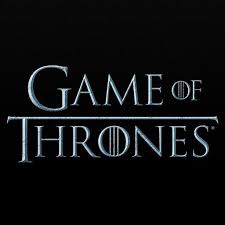 In the popular TV series- Game of Thrones, one of the episodes from the 6th season stands out. It was the ‘battle of bastards’ as they call it, between Boltons on one side led by the maverick Ramsay Bolton and John Snow and his small force of wildlings on the other. Of course the odds were entirely against John Snow. Yet in the end he comes out victorious with the little luck that came from the surprise attack by the army of Lord Baelish which completely took the Boulton army off guard. But luck could favour John Snow because he kept fighting till the end. When his force was getting slaughtered and smothered by the Boltons with little or no hope of survival, he didn’t stop fighting. Imagine, what if John Snow had given up seconds before the army of Lord Baelish attacked? You see, even luck favors the brave.

Even now, for many of you, the odds might not be looking very promising.

How many of you haven’t yet revised the syllabus with so little time left?

How many of you performed poorly in the last test that you appeared for?

How many of you aren’t confident about Culture, Environment and Science portions?

How many of you feel that this attempt is a waste of time for you?

How many of you are feeling nervous and scared as 7th Aug approaches fast?

How many of you have lost hope?

You have stood there braving all the odds and emotional stress. Friends, you already are like John Snow. The only thing you need right now is to stay focused, stay committed, stay hopeful and stay alive. This fight is worth your sweat and blood.

Mind this; what we say is not to create an optical illusion of rosy images with harsh and cruel realities in the backdrop! We are uttering the truth only. There are many candidates who are already in some service and still feeling the pressure. They feel that those not in the services hold a better chance in CSP as they have time and desperation both. We know that you must be thinking otherwise! There are many veterans who feel that freshers have a better chance to qualify prelims while the first timers think the otherwise.

See, this is how thoughts and perceptions shape up in this process. Half the confidence is gone in comparing yourself with others. The other half is eroded by your own mistakes. Where is the confidence left?

Please bear in mind that everyone in the CSE aspirants community is feeling the pressure. Yes everyone! We have many toppers associated with IASbaba. When asked about the stress before CSP, almost all of them responded by saying that even they felt unsure about their preparation.

Those who qualify this examination are not Superman. You can relate CSP with a race of school kids. To win the race, a boy or girl just needs to outpace the others. Even if the fastest among them feels that he/ she must possess the speed of Usain Bolt to defeat the competitors, he/she is mistaken. The failure to do so will only keep him stressed and he/she might end up losing the race.

So don’t lose your heart if you can’t become Usain Bolt. You have to run a marathon that needs perseverance and commitment. By coming so far, you have already shown those attributes. Gather all your strength for the D-Day and we are sure that you will be through, for John Snow was never the best in wielding the sword but had the character of a winner.