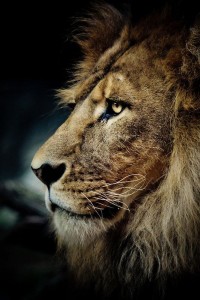 Very often we define leadership as a quality possessed by few rare individuals who are blessed with the gift of leadership. Almost always leadership is defined as a quality one possesses in addition to other common behavioural traits. In reality, leadership is a totally different dimension of personal trait.

Leadership is not a quality, it is intent. A leader is not born but created by the situations and circumstances one faces. A leader is not the representative of a team; he is rather the face of it. A leader is not someone who drags people along a dream; he is the one who inspires action through a grander vision. In short, a leader is a master visionary and inspirer.

So what does it take to be a leader? There is only one thing required; ability to soar beyond the narrow confines of human limitations and look at life from a larger perspective to lend strength, vision and values to the multitude. A leader is simply the one who can see much farther, who can visualize a future that is not yet a part of reality. A leader is the future of the world.

Nobody is born with such great qualities; one has to cultivate the ability to learn and understand life from every dimension possible in order to become a leader. The richness of one’s experiences lends the necessary support for leadership to flourish. How much you know about the inner functioning mechanisms of people and life decides how good a leader you will be.

A leader is almost always a person of greater knowledge, greater courage, greater vision and greater intent. He stands apart from the crowd in his ability to be himself amidst of constant ever changing minds of weak and uninspired souls. A leader is more like a tyrant who constantly wakes people up from their deep slumbers to push them towards a grander vision. A leader is the disturber of our peace and yet without him there is no meaning and purpose to our lives.

“Once upon a time, a group of soldiers became lost in the Alps. They were hungry and disoriented. They argued about which way to go, but in the fading light every peak looked the same. The soldiers had no chance of surviving the night in the freezing temperatures.

One of them found a map in his kitbag. He plotted a route, and marched them briskly back to base. Later, when they were warm and well fed, the soldier looked closer at his map. It was actually a map of a different region hundreds of miles away!”

Sometimes, all it takes to succeed is a false sense of certainty provided by a wrong map! A leader is not someone who possesses a secret map that nobody else has. He envisions the future so clearly that he doesn’t need a map. His vision is his only strength. A leader is not defined by the uniqueness of his qualities; he is defined by the strength of his vision.

The Big Picture – Judicial Appointments and RTI: Should it be Allowed?