India has been engaging over last two decades with the 10 ASEAN countries. 2016 marked the 20th anniversary of the full dialogue partnership with ASEAN. These countries are very significant to India ever since it adopted Look East policy which is now the Act East policy. India, however, has to vie with major powers including USA, China and Japan which also view the 10 ASEAN countries keenly with trade and economic cooperation apart from defence and security aspects. 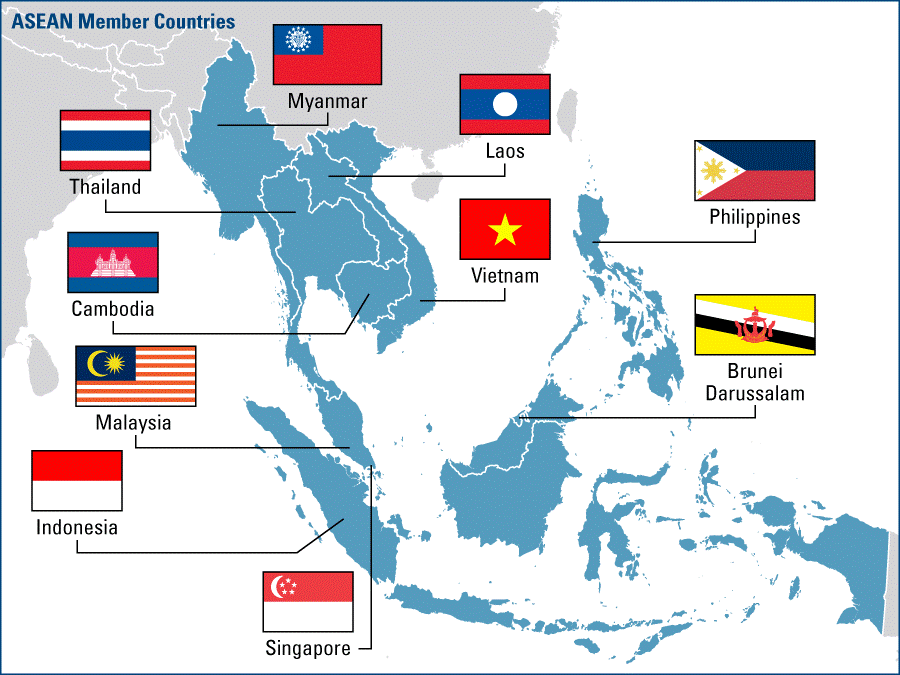 PM attended the ASEAN meet and 11th East Asian Summit in September 2016. It has been two years since Look East has been turned into Act East policy. It became so because for a while, India did not pay much attention to ASEAN and thus, it signals the revitalisation of the context. Countries like Japan, South Korea and ASEAN became more important for the new government. Apart from the economic dimension which was always important in the original rationale, the security and defence cooperation have also assumed much larger share of the relationship. India seems to be back on track with ASEAN and pacific countries. However, a lot will depend on the implementation of projects and promises.

India is all the time dealing with China which has much deeper relation with ASEAN countries. China is both the determinant as well as a restraint in its policy towards South East Asia. The engagements have increased over the years particularly in defence and security cooperation with some of the ASEAN countries and also it is the constraint in India’s policy. Slowly that is giving way to a position whereby India has been taking certain position vis-a-vis China, particularly in relation to S.E. Asia. For example, in South China Sea issue, India from time to time moderated its stand. By and large, India’s position is much closer to the south East Asian and ASEAN countries.

One problem is that Indonesia has yet not been visited by PM which is one of the most important countries of S.E.Asia.

Defence and security cooperation with ASEAN

In the transition from Look East to Act East, there are encouraging signs as far as defence and security are concerned. The Vietnam visit and announcement of USD 500 million credit line focussing on defence and security sector is one indication about the commitment that India is bringing in the bilateral context which has a clear understanding that it will have a regional impact. The moment India-Vietnam defence track become more enabled, there is signal of possible opportunities.

The larger issue is that there is more focus on maritime domain. Repeatedly PM is referring to SAGAR equivalent which is Security and Growth for all in the Region, with a clear maritime underpinning. Even in Laos, PM drew attention to the relevance of need to have stability and security at sea and what could be done collectively. It is interesting that there is continuity going back to former PM Narsimha’s time when India started naval engagement which was under the banner of Milan exercises.

Thus, there is a lot of potential in this area and if India is able to establish connectivity from the east coast of India to South East Asian countries, then it is going to be encouraging for India’s Act East policy in terms of defence security and trade. In the end, how the government will deliver and its ability to deliver will matter the most.

Implementation is the major impediment in the foreign policy. Kaladan multimodal project, north east-Myanmar connectivity programmes have not been successful. But there is another issue that needs to be confronted from front which is China has gained edge in the area which will be difficult to overcome. Thailand, Laos, Cambodia have become much closer to China. Myanmar has become a balanced policy. It is difficult to talk of ASEAN as such it itself seems to be spilt in a vital areas like the South China Sea issue. There is no united stand.

Indian trade seriously underperforms. 67.7 billion dollar trade is way below the potential. China has 472 billion dollar trade. ASEAN is an economic engine and yet India has not been able to derive benefits. The defence and security follows the trade policy as they are linked. If you have interest, you have security policy, but if no such interests are developed then, security policy will be in vacuum as it will not able to match up.

Today the more serious challenge is from China which has consolidated itself in South China Sea and the USA has been less than active. Hence, key to India’s relationship is the linkage with Japan with which India has huge potential.

China had more influence in the pacific region than India. The problem is that China wants to dominate the region now and there is a push back coming from USA, countries themselves and India. Though India may not be directly involved, the freedom of navigation in South China Sea and overflights is of vital importance. Thus, India has to play an active role for its own interest and also to counter what Chinese our doing in our neighbourhood in South Asia. India’s relationship with Vietnam in the defence field is the part of strategy to counter China’s presence in Indian Ocean.

Indonesia is a very big missing link. But India is not entirely at fault. The President of Indonesia is not playing a leading role in foreign affairs that he should be playing.

Now ASEAN is divided, yet all counties have interest in this region so nobody is going to let the region be dominated by any other power. ASEAN was created to prevent this kind of rivalry. Now that it is divided, other countries are stepping in. So, ASEAN is in a difficult position currently. But, when India says ASEAN is central to Act East policy, it means India wants ASEAN to remain united, strong and stable.

ASEAN is in midst of a mid-life crisis. It would be very difficult to keep its relevance and centrality in security or economic architecture of Asia. In Laos meeting also they focused on Asian centrality but some countries are questioning if ASEAN is able to maintain the centrality.

The problem had been their uneasy relationship with China and it has been able to divide the ASEAN between those states who lay a claim on SCS and those who don’t. Recently, in last one year, there has been problem with countries who do not have claim on SCS like Indonesia.

The countries want to see if they get any external support and hence majority of countries are looking towards India as a kind of a balance to Chinese influence in the region. Although people saying that China has edge over other countries in SCS and other South East Asia, but it is little bit shaky at the moment. China might say it has not been affected but it knows that the tribunal ruling has dented its image and it will create difficulties for them in SCS.

The PM attacked Pakistan in ASEAN summit just like he did in G20. It has been felt that such opportunities at plurilateral meets should be used to put forward agenda of economy and India has not utilised the platform to identify itself as a manufacturing and trading country.

Summits like G20, BRICS and East Asia are for to discuss economic issues and talking about terrorism makes little sense. Thus, India should be more vocal about its manufacturing and trading country status.

However, it has been realised that, at these summits, it is not only the economic agenda but also a political agenda. Every country puts forward what is its main concern. For eg. North Korea is figured very prominently, same with Iran or non-proliferation issues. So, if India has a concern about terrorism and it is its main foreign policy concern, there is a good opportunity to sensitise the leaders of main powers about India’s concerns. The countries that have interest with India will listen and not ignore what PM of India says. Hence, this is a continuation of strategy that began at Red fort in August 2016, of taking an aggressive posture vis-à-vis Pakistan.

For India, the primary security challenge is the nature of China Pakistan security cooperation. China provided nuclear weapons and missiles to Pakistan more than 20 years ago in 1990. Pakistan has used it in many ways to increase its ability to play the terror card. For the first time, India is showing China that it is performing actions that are less than responsible. On one side it is abetting terror and other side it is trying to project itself as a responsible world leader. Also the China-Pakistan Economic Corridor has huge negative implications for India.