Why the need of electoral reforms? 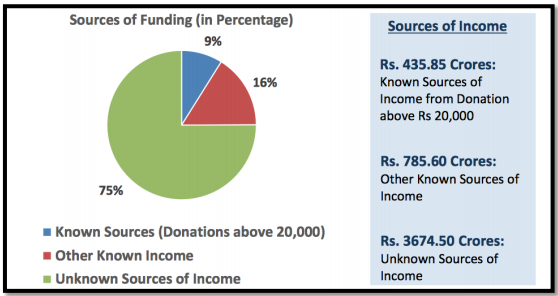 Now, there is a need for wide-ranging electoral reforms that should be introduced along with will in the political parties that they shall police themselves. Unless this is done, the shake-up caused by the currency swap will have not much impact in regulating the electoral finance in upcoming elections.

President Pranab Mukherjee’s visit to Nepal is a first in 18 years ever since the visit by President K R Narayanan in 1998. This visit is expected to help in restoring equilibrium in ties between both the nations which have seen certain instability in recent times.

As close neighbours, India and Nepal share a unique relationship of friendship and cooperation characterized by open borders and deep-rooted people-to-people contacts of kinship and culture.

India has a huge, open and accessible border with Nepal which has helped in easy movement of goods and people. However, the same has also added to stress between the nations recently.

Constitutional Crisis and misunderstandings with India

Takings from the Presidential Visit

The interim government under Mr. Prachanda faces a lot of challenges on various contentious issues and there is a need to ensure a high degree of political consensus. NC and the Maoists do not have complete agreement between themselves.  Even the Madhesi groups do not have a unified negotiating position.

The bilateral visits by both the nations are proving to be very helpful in restoring the ties to normal. Mr. Prachanda made two consecutive visits in the recent past which included a visit to Goa for the BRICS-BIMSTEC outreach summit. This has helped stabilise India-Nepal relations.

Mr. Prachanda needs to use this political space and relationship to build up on this stability between the nations. Domestically, he has to use his negotiating skills to make progress on the pending constitutional issues during the remaining part of his short tenure. However, one thing has to be kept in mind that time is definitely not on the Prime Minister’s side.

Both the nations need to work hard to remove the trust deficit that has created a gap in the relationship. Nepal has to ensure that the anti-India sentiment within the country does not grow further. India has an important role to play during this period of transition for Nepal, not as superior counterpart, but as an ally that stands with the spirit of this new republic.

A chance to recalibrate ties

Consequences of the demonetisation shock

Of warfare, tech and innovation