Look in the past

Hungarian revolt- it was a revolt against the Hungarian government and its Soviet-imposed policies for a demand of more democratic political system and freedom from Soviet oppression. 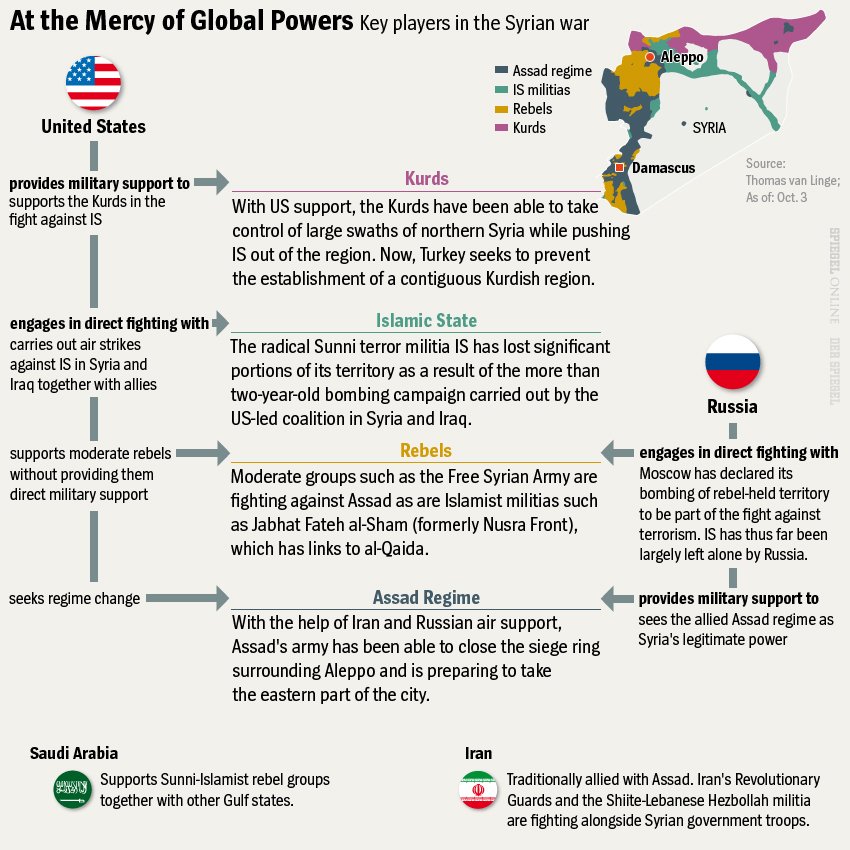 Should India get involved?

Way forward- Is there any?

One problem in solving Syrian conflict is that external elements are thinking of only their interests. Even resolutions that are being proposed on humanitarian matters have unhidden political agendas.

In such a case, India should take the initiative of tabling a resolution in the UN Security Council, denouncing and deploring the civilian loss of lives in Syria. Together with it, it should abstain from any support or criticism to any parties involved in the conflict.

Though India is non-member, there is nothing to prevent a non-member from introducing a draft resolution. Also, India can issue a statement supporting the UNSC adoption of Franco-Russian draft resolution mandating the deployment of observers to monitor the evacuation from Aleppo.

Malnutrition in India and Food Fortification

Causes of Malnutrition in India

There is a need for unique initiatives that will support a nourished lifestyle among the poor and it is a welcome move where joint efforts are being carried out to address this challenge, with national and global organisations joining hands.

A little gain after more pain

Syncretism by the seaside

Impact of an unusual selection

Reality check: Indian economy is not larger than that of the UK

Leading ladies—allowing the feminine to flow

Are Indians hard-wired to evade taxes?

The Big Picture – Can Media Platforms be Alternatives to the Parliament?