The National Pharmaceutical Pricing Authority has capped the prices of 51 essential formulations, including those used for the treatment of cancer, pain, heart conditions and skin problems.

For India’s objectives, the port of Chabahar has become the crucial gateway to step up relations with Iran and Afghanistan. 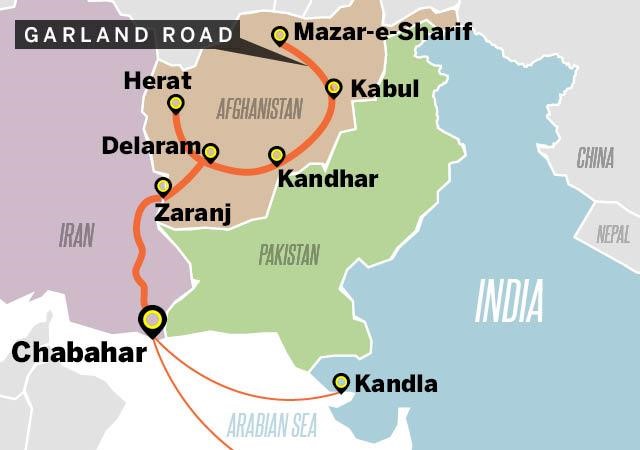 Chabahar and the India-Iran-Afghanistan Trilaterals

The activation of Chabahar for Indian goods into Afghanistan means the following.

First, it fulfills an Indian promise of an alternative route for Afghanistan. The idea of Chabahar was born when Pakistan refused for transit facilities to India.

Second, the activation of Chabahar also fulfils another promise – to Tehran. India has been ridiculed for making promises and not following them up — Chabahar in the West and Sittwe in the east. The Chabahar opening should change that perception.

Third, Chabahar also speaks for India’s commitment to improving Indo-Iran relations. There were apprehensions about India moving closer to the US, and Indo-Iran relations becoming hostage to it. It appears New Delhi has been able to withstand American pressure and move ahead with Iran.

Fourth, Chabahar port will also improve Afghan-Iran partnership and provide a crucial leverage for Kabul, as a transit between Central Asia and the Arabian Sea. It could further link Russia and provide another warm water outlet for Moscow.

Perhaps, for the Afghans, Chabahar is not just about Indo-Afghan trade; it is an opening of a huge new world!

But, the most important aspect of Chabahar for Kabul is the confidence that the new axis provides in dealing with Pakistan, especially over transit trade.

Terrorism continues to pose the greatest threat to the internal security of the country.
According to the US Country Reports on Terrorism 2016, India is the third most affected country after Iraq and Afghanistan in the number of attacks perpetrated on its soil.
It is estimated that a total of 52 terrorist groups are active in different parts of India, which is higher than in any other country.
Fortunately, there has been no major terrorist attack in the country after 26/11 (2008). But it is not so that we are better prepared now and our law enforcement agencies have been able to prevent such an onslaught.

Half-hearted Measures taken in the wake of 26/11:

The threat from terrorism continues to increase.

The overall scenario is, thus, not good. It is high time that the security architecture is revamped. India has repeatedly given a call at international fora for united efforts to combat terrorism. However, first we need to put our internal security in order. The future of democracy and our capacity to sustain the momentum of economic progress would depend on our ability to reinforce and strengthen internal security.

The mandates of natural justice