Future of jobs in India 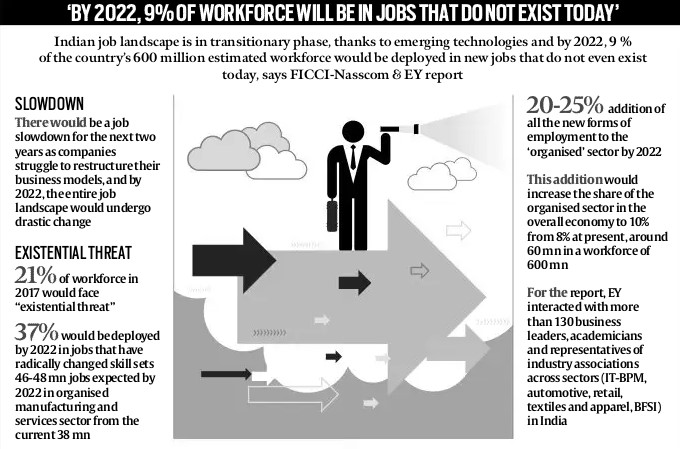 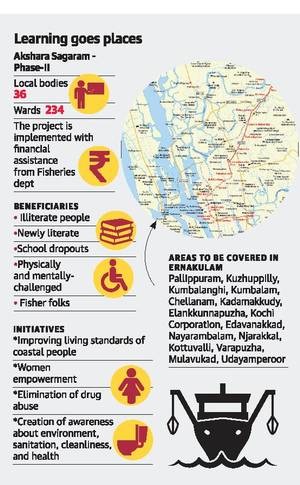 Demographic trends in India, the second most populous country in the world, suggest that a million people join the labour force every month. This amounts to 12 million Indians joining the labour force every year, which is more than the entire population of Sweden.
The question arises- Are there enough jobs?
More important question is- Who creates jobs?

The two most consistent policy factors that predict overall entrepreneurship in a district are:

Districts become more competitive when they are livable, have good infrastructure, are well-governed, invest more in urban knowledge generation and capacity- building and work through strengthened public and private partnerships at the local, national, and international levels. They will attract more entrepreneurs and create more jobs

Focusing on areas where future of jobs lies:

The policy message on entrepreneurship and job growth is simple. Local governments wanting to promote pro-entrepreneurial growth should focus less on firm-casing —attracting large mature firms from somewhere else—and focus more on encouraging entrepreneurship in their community. Districts that have a higher level of local education and better quality of local infrastructure will attract many more entrepreneurs and create many more jobs.

A blog post chronicling Susan Fowler’s experiences as a female engineer at Uber set in motion events that led to the chief executive officer’s dismissal. From that lone voice almost a year back, the conversation around workplace harassment has now become mainstream.
With the #metoo campaign bringing to the surface a new name every week, thousands of women all over the world are openly sharing experiences of the harassment they have faced in society and in the workplace.

Fallouts of harassment at workplace:

Way ahead- Increasing the diversity:

If the #metoo movement is to be a watershed in workplace equality, the harasser, not the harassed, should suffer the consequences. Perhaps it’s time to consider safety along with social and economic variables to explain the skewed gender ratio.

A tale of two metro rails

Who is a Hindu?

Why India needs a green manifesto?

1. Differentiate between the terms ‘impartiality’, ‘non-partisanship’ and ‘objectivity’. Why these attributes are necessary for a civil servant.