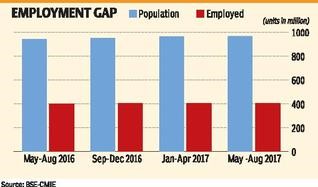 Part of: Mains GS Paper IV- Human Values – lessons from the lives and teachings of great leaders, reformers and administrators; role of family, society and educational institutions in inculcating values.

Time to increase budgetary allocation for the judiciary

In democracies, elected governments often view a strong and independent judiciary with suspicion. Politicians, regardless of ideology, desire a weak and submissive judiciary which will not come in the way of fulfilling the promises made before elections. The executive, at all times, tries to keep the judiciary in check. One such way is to keep the judiciary’s budgetary allocation to a bare minimum.

For 2017-18, the Union budget allocated a meagre about 0.4 per cent of the total budget.
To put this in perspective, each of the 12 companies with the highest non-performing assets (NPA) have debts at least eight to 10 times more than the judiciary’s budget.

Lack of infrastructure is a serious issue in the courts. Also, the salary offered to judges is very low. Given the work stress on the judiciary, it is time the government loosened its purse strings and give the judiciary a substantial hike.

Time for an icebreaker

Flawed in the name of indecency

In the 2G debris, questions for the CAG

India can make a fight of it at WTO

RSTV- The Big Picture : Challenges to Freedom of Press