By: Ministry of Personnel, Public Grievances and Pensions

e-HRMS: A step towards the ‘ease of governance’, by which the technology will be put to the optimum use.

PENCIL – Platform for Effective Enforcement for No Child Labour

Purpose: To provide a mechanism for both enforcement of the provisions of Child & Adolescent Labour (Prohibition & Regulation) Act, 1986 and effective implementation of the National Child Labour Project (NCLP) Scheme for rehabilitation of child & adolescent labour.

Guideline on Strengthening of District Institutes of Education and Training (DIETs):

Global Initiative for Academics Network (GIAN): The GIAN programme brings together foreign and Indian faculties to teach an academic course that provides the credit to participating students selected from the world’s leading academic institutions.

Government of India’s flagship program to promote innovation and entrepreneurship nationwide in schools, universities and industry

Schemes for Skill Development of Youth

Seekho aur Kamao (Learn & Earn): A placement linked skill development scheme for minorities aiming to upgrade the skills of minority youth in various modern/traditional skills depending upon their qualification, present economic trends and market potential, which can earn them suitable employment or make them suitably skilled to go for self-employment.

Upgrading the Skills and Training in Traditional Arts/ Crafts for Development (USTTAD): To preserve the rich heritage of traditional arts/crafts of minorities. The scheme aims at

Nai Manzil: Aims to benefit the minority youth who do not have a formal school leaving certificate i.e. those in the category of school dropouts or educated in the community education institutions like Madarsas, in order to provide them formal education and skills, and enable them to seek better employment in the organized sector and thus to equip them for better lives.

Enactment of Maintenance and Welfare of Parents and Senior Citizens Act, 2007

Note: As per the Seventh Schedule to the Constitution of India, “Police” and “Public Order” are State Subjects and, as such, the primary responsibility of prevention detection, registration, investigation and prosecution of crime, lies with the State Governments/Union Territory Administrations.

The International Training Centre for Operational Oceanography, hosted at the ESSO-INCOIS (ESSO-Indian National Centre for Ocean Information Services) campus in Hyderabad will be established as a Category-2 Centre (C2C) through an agreement to be signed with UNESCO.

By helping farmers’ access modern technologies, linking them to markets, and providing postharvest management support, the project will enable farmers to shift from a mono crop paddy system to mixed cropping including high-value crops (fruits, vegetables, and spices), pulses, oilseeds, and millets.

To enhance the ability of crops to withstand expected adverse impacts of climate change, the project will support smallholder producers adopt new conservation technologies such as the System of Rice Intensification (SRI) and Sustainable Sugar Initiative (SSI). They reduce average water usage by 35 percent and increase yields by 22 percent per ha. The project is expected to increase the yield of rice, maize, and pulses by 18–20 percent.

Objective: To increase tourism-related benefits for local communities in targeted destinations. The project is expected to have far-reaching social, economic and environmental benefits by targeting local communities and entrepreneurs near some of the main tourist and pilgrimage attractions in Uttar Pradesh, namely, Agra as well as Mathura, Vrindavan, Barsana and Govardhan in the Braj region.

(Topic: Major crops cropping patterns in various parts of the country, different types of irrigation and irrigation systems storage, transport and marketing of agricultural produce and issues and related constraints; e-technology in the aid of farmers)

In another significant step to combat climate change, the Ministry of Environment, Forest and Climate Change has approved a regional project on ‘Climate Resilience Building among Farmers through Crop Residue Management’ under the National Adaptation Fund for Climate Change (NAFCC).

The first phase of the project has been approved at a cost of approximately Rs. 100 Crore for the States of Punjab, Haryana, Uttar Pradesh and Rajasthan. The project will leverage approximately three times the approved amount with contribution from the States as well as farmers.

Aim of the Project:

The ‘Why’ behind the project –

The problem of crop residue burning has been intensifying over the years, with Punjab, Haryana and Uttar Pradesh being the major burning hotspots. Increased mechanization, declining number of  livestock,  long  period  required  for  composting  and  no  economically  viable  alternate  use  of  residues  are  some  of  the  reasons  for residues being  burnt in  field. This not only has implications for global warming, but also has an adverse impact on air quality, soil health and human health.

The Sendai Framework is a 15-year; voluntary, non-binding agreement which recognizes that the State has the primary role to reduce disaster risk but that responsibility should be shared with other stakeholders including local government, the private sector and other stakeholders.

Aims for the following outcome: The substantial reduction of disaster risk and losses in lives, livelihoods and health and in the economic, physical, social, cultural and environmental assets of persons, businesses, communities and countries.

The Sendai Framework is the successor instrument to the Hyogo Framework for Action (HFA) 2005-2015: Building the Resilience of Nations and Communities to Disasters.

The Four Priorities for Action

Disaster risk management should be based on an understanding of disaster risk in all its dimensions of vulnerability, capacity, exposure of persons and assets, hazard characteristics and the environment. Such knowledge can be used for risk assessment, prevention, mitigation, preparedness and response.

Disaster risk governance at the national, regional and global levels is very important for prevention, mitigation, preparedness, response, recovery, and rehabilitation. It fosters collaboration and partnership.

Public and private investment in disaster risk prevention and reduction through structural and non-structural measures are essential to enhance the economic, social, health and cultural resilience of persons, communities, countries and their assets, as well as the environment.

Priority 4. Enhancing disaster preparedness for effective response and to “Build Back Better” in recovery, rehabilitation and reconstruction

The growth of disaster risk means there is a need to strengthen disaster preparedness for response, take action in anticipation of events, and ensure capacities are in place for effective response and recovery at all levels. The recovery, rehabilitation and reconstruction phase is a critical opportunity to build back better, including through integrating disaster risk reduction into development measures.

(Topic: Awareness in the fields of Space)

2015-16 AstroSat: Launched on September 28, 2015, is a unique satellite providing common platform for simultaneous multi-wavelength observations of celestial sources. It has completed more than two years and performing.

2016-17 RLV-TD: It was successfully flight tested on May 23, 2016. It is the most technologically challenging endeavors of ISRO towards developing essential technologies for a fully reusable launch vehicle to enable low cost access to space.

2016-17 ScramJet: The first experimental mission of ISRO’s Scramjet engine towards the realisation of an Air Breathing Propulsion System was successfully conducted on August 28, 2016. Future Reusable launch vehicle together with Air Breathing propulsion system will bring down the cost of access to space far low.

International cooperation is a part of India’s space programme since its inception. In the past, ISRO has developed Meghatropiques and SARAL satellites in cooperation with French space agency CNES. Currently ISRO and NASA are working jointly on NISAR (NASA ISRO Synthetic Aperture Radar) project. Bilateral cooperation with foreign countries/institutions in the field of space science and research helps in analysis of data, identification of key areas for future missions and utilisation of space and ground based resources.

Indian Space Research Organisation (ISRO) has taken several measures to promote scientific research by the Indian scientists especially the youth, which include:

American writer and humorist, Mark Twain said: “India is the cradle of the human race, the birthplace of human speech, the mother of history, the grandmother of legend, and the great-grandmother of tradition. Our most valuable and most instructive materials in the history of man are treasured up in India only.”

Iconic scientist, Albert Einstein said “We owe a lot to the Indians, who taught us how to count, without which no worthwhile scientific discovery could have been made”. 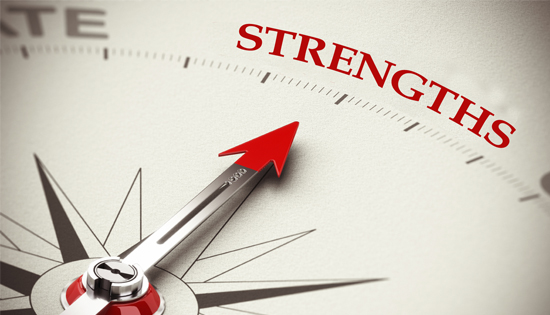