Thus, a judge of a high court can be removed in the same manner and on the same grounds as a judge of the Supreme Court.

The procedure relating to the removal of a judge of the High Court by the process of impeachment is regulated by The Judges Enquiry Act (1968).

It is interesting to know that no judge of a high court has been impeached so far.

Part of: General Studies- I and III: Space; Science and Technology 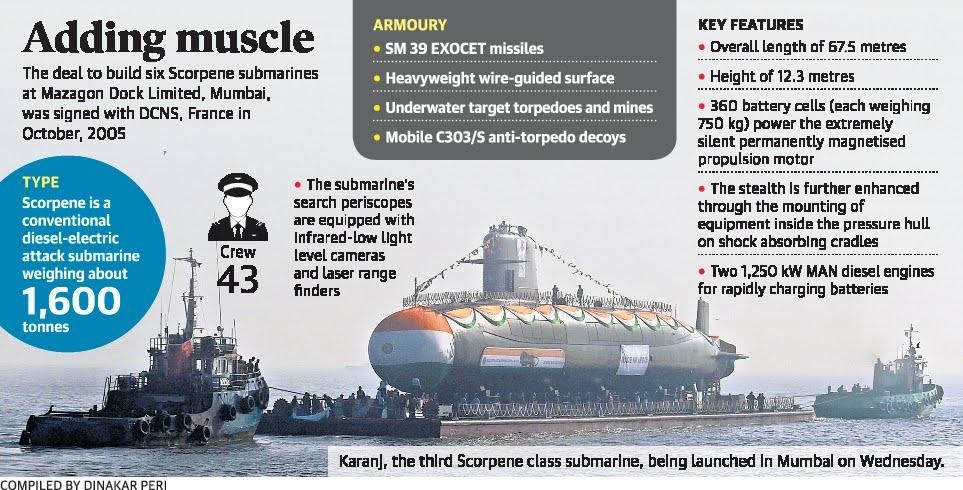 From food rations to marriage certificates, entrance exams to train ticket concessions, mobile phone cards to banking, Indians are now being asked to produce a 12-digit Aadhaar number to access both government and private sector services.

India’s Unique Identification project is the world’s largest biometrics-based identity programme. Initially, the project had a limited aim – to stop theft and pilferage from India’s social welfare programmes by correctly identifying the beneficiaries using their biometrics. But now, the use of Aadhaar is expanding into newer areas, including business applications.

When the Act was introduced, American conservatives of the 1930s criticized the initiative, declaring – “Never in the history of the world has any measure been brought in here so insidiously designed as to prevent business recovery, to enslave workers, and … opens the door and invites the entrance into a political field of a power so vast, so powerful, as to threaten the integrity of our institutions….”

Christian fundamentalists joined the crusade by proclaiming that SSN was the very Mark of the Beast prophesied in Revelation 13:17: “…no man might buy or sell, save he that had the mark, or the name of the beast, or the number of his name.”

Over the years Social Security and its counterpart, Medicare, have become the only safety nets for a majority of America’s elderly.  SSN has been overused for purposes that it was not intended for.

There are many instances of leakage of information linked to it, nonetheless it continues to be the backbone of citizen interactions with the state. None has come up with a better alternative.

Eighty-three years later, i.e. today, Indian activists opposing Aadhaar can be compared with that of American conservatives of the 1930s.

There are arguments like: “Aadhaar tends to terrorise citizens with the country becoming a totalitarian regime; ” and “it is a ‘giant electronic mesh’ and will turn the country ‘into a surveillance state.”

However, there is one important difference: The opposition to Social Security was informed by right-wing ideology, which saw it as the harbinger of socialism and an existential threat to America’s capitalist enterprise.

In stark contrast, the movement against Aadhaar is led by a small group of Left-leaning activists, who are well known for advocating more and more government in people’s lives (the public distribution system, rural employment guarantee, food security, and so on), but who are now arguing in the same breath for the citizens’ right to be left alone.

There is another crucial difference between the SSN and Aadhaar: biometrics.

Critics argue that – Unlike other personal information that one can change at will to protect one’s privacy, one can’t change one’s fingerprints.

However, one of the learned Supreme Court justices observed recently, Google and other social media, mobile operators, and our own voter lists have a lot more immediately damaging personal information that one has no real control over. (Have you ever tried to delete highly personal and sometimes libellous information that show up when you Google your own name?)

“So Indian’s  who wholeheartedly link ID’s like SSN to everything in foreign countries and give all kind of Bio metrics to obtain visa’s of many countries without caring about their personal information being compromised and protesting in their own country against this strong anti corruption move. So is it like some fractions of Indians want India to remain corrupt and at the same time, blame India from Developed country that India is Corrupt??”

Besides, none of the examples of Aadhaar data breaches that have been reported involves fingerprints or iris scans. So, the argument that biometrics somehow make a more compelling case against Aadhaar simply does not hold water.

In fact, in a nation with the world’s largest safety net programmes, historically largest levels of leakages, and systemic fraud in every past ID programme, it is indeed the biometrics that bring credibility to Aadhaar as a national ID.

So, what is the future?

On the one side, we have a well-organised group of anti-Aadhaar activists who can take full credit for catapulting the privacy debate on to the national stage, but who have not offered a single viable alternative tool to better administer the nation’s massive subsidy regime.

On the other side, we have a government at the Centre whose party opposed Aadhaar prior to the elections, but upon taking over the reins quickly realised the power of a single national ID in effectively administering welfare schemes; and which has been much more internally unified than the previous government in its determination to make the best use of Aadhaar.

And we have the UIDAI, which has consistently shown its seriousness in addressing data security and privacy issues; is poised to add more layers of security, such as virtual Aadhaar ids; is taking an active part in crafting a national data privacy law.

In the middle is the Supreme Court, now hearing detailed arguments from both sides, trying to deliberate  where the nation should draw the line between personal privacy and the national interest.

Mandating Aadhaar for all government schemes and subsidies, and allowing it as a tool to prevent money laundering and terrorism are the most logical places to draw that line.

And, lighting the fire under the government to quickly enact a comprehensive national data privacy law, which enshrines internationally accepted principles of privacy, must be the citizens’ insurance policy to prevent mass surveillance and other excessive use of Aadhaar, like in the case of the SSN – should be the next immediate action.

PS: (The above article has less content to directly pick for Mains but will help to have different dimensions and assessment, comparing Aadhar with US’s SSN)

Payments Bank: Making it a success

In late 2015, when the Reserve Bank of India gave ‘in principle’ approval to 11 companies to form what we call payments bank.

The model was hailed as a game-changer as it was meant to deepen access to formal financial services in unbanked and under-banked areas and further the agenda of financial inclusion for all.

Two years down the line, the model is attracting severe criticism from all corners, questioning the very feasibility of the model. Recently, India’s first payments bank was charged with opening accounts without requisite approvals and custom consent as well as reporting losses for 2016-17.

What is Payments Bank?

A payments bank is like any other bank, but it operates on a smaller scale without involving any credit risk.

It can carry out most banking operations but can’t advance loans or issue credit cards.

The idea of payments banks:

The goal was to broaden the reach of payments and other financial services to small businesses, low-income households and vulnerable populations.

The USP was the fact that people could open a bank account almost at their doorsteps with the help of an agent, could make transactions using their phones and had the facility to make deposits of up to Rs. 1 lakh.

On the face of it, the model was a win-win for both consumers and financial service providers, thereby tackling the problems of accessibility and affordability.

There are multiple issues the payments bank is facing-

A one-time introduction is not likely to be enough for payments bank. Adequate steps must be taken to make it a success.

For a clean judiciary

The de-urbanization of India’s manufacturing

The rot in higher education is deep and wide