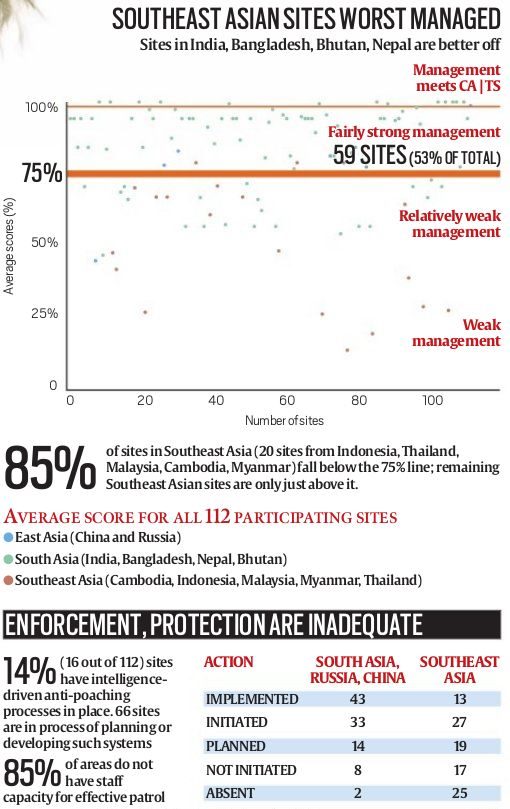 Who is fugitive economic corridor?

If any individual who has committed a scheduled offence and against whom an arrest warrant has been issued by a competent court leaves the country, refuses to return to face criminal prosecution, he will be termed as a fugitive economic offender.

With hot summers, warm winters, increasing diseases, famines and droughts, and violent acts of nature, we can see how climate change is affecting our daily lives.
To join other nations in the war on carbon, India needs to undertake a comprehensive approach, which can be done by establishing an emissions trading scheme (ETS).

An ETS is a market-based mechanism where a cap is set on the amount of carbon dioxide or other greenhouse gases that can be emitted by covered entities.
The emitters can either reduce their emissions to adhere to the cap or buy additional allowances from other entities to compensate for their deficiency.
One allowance gives the right to the holder to emit one tonne of carbon. Imagine that ‘X’ emits 120 tonnes of carbon per annum. The ETS sets a cap of 100 tonnes of carbon per annum (equivalent to 100 allowances) on it. ‘X’ would have the option to either reduce its emissions to 100 tonnes of carbon or buy 20 allowances to cover the difference.

Regulator to implement the ETS:

A separate and independent regulatory authority must be set up to implement the ETS.

Inclusion or exclusion of industries under the ETS:

The ETS must obligate the emitters to design a ‘compliance plan’, setting out its own medium and long-term goals, with an explanation of how it would achieve them.
The big emitters must be required to adhere to their compliance plans, and sanctions must be imposed in case of any non-compliance.
It is imperative to maintain the price of the allowances within a certain desirable range. If the price of the allowances is too high, it may result in increased non-compliance and force the emitters to reduce output, thereby hurting the economy.

If prices touch a predetermined level, actions are initiated to drive them down.
For instance, under the U.S. Regional Greenhouse Gas Initiative, if the price of the allowances touches $10 after 14 months from the beginning of the programme, the compliance period is extended by one year. This mechanism allows the emitters to average out their emissions.
For instance, say emitter ‘X’ (with a cap of 100 tonnes of carbon per annum) emitted 110 tonnes of carbon in the first year (due to sudden increase in the demand in the economy) and 90 tonnes of carbon in the second year. If the safety valve is triggered in the first year, X’s average annual emissions would be 100 tonnes, and X would not be required to buy any additional allowances.

It offers respite to the emitters on an individual basis.
An emitter, in anticipation of high prices, would be allowed to ‘bank’ his unused allowances for the next compliance period.
However, such banking must be restricted to consecutive compliance periods and to a certain percentage of total emissions.

India can be part of the global mission to curb climate change through the above-mentioned Emission trading scheme. The government should explore this option.

China has decided to become a major player in the Indian Ocean Region (IOR). Smartly playing its economic and diplomatic cards, China has established a chain of maritime footholds in Myanmar, Sri Lanka and Pakistan, and acquired its first overseas military base in Djibouti last year.

China has been releasing defence white papers every two years. Accordingly, Beijing has built a powerful navy that will soon overtake the US navy in numbers, lagging behind only in capability.
New Delhi, on the other hand, has shown no tangible signs of strategic thinking or long-term security planning, as evident from a total absence of defence white papers or security doctrines to date.
The navy did spell out, in 2004-05, its own vision of India’s maritime interests and challenges through a maritime doctrine and a maritime strategy. But, in the absence of higher strategic guidance in the form of a national-level document, they are of limited utility.
Thus, the absence of an over-arching vision which conceptualises the IOR in a 50-75 year perspective that has led to the neglect of maritime issues critical to India’s vital interests.

The IOR strategic agenda may be soon taken out of India’s hands as the chairmanship of two important bodies, the Indian Ocean Rim Association (IORA) and the Indian Ocean Naval Symposium (IONS) devolves on the UAE and Iran respectively.

In order to herald a renewed impetus to India’s maritime outreach and for the actualisation of Prime Minister Narendra Modi’s 2015 “Sagar” vision, we need to have a coherent Indian maritime grand strategy.

Is AI a danger to humanity?

The government’s role in conract farming

Let’s not teach towards the test