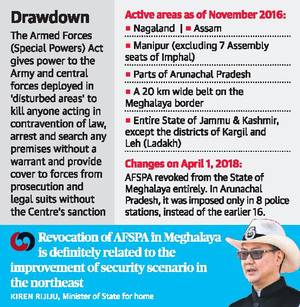 The definition of electrification in India 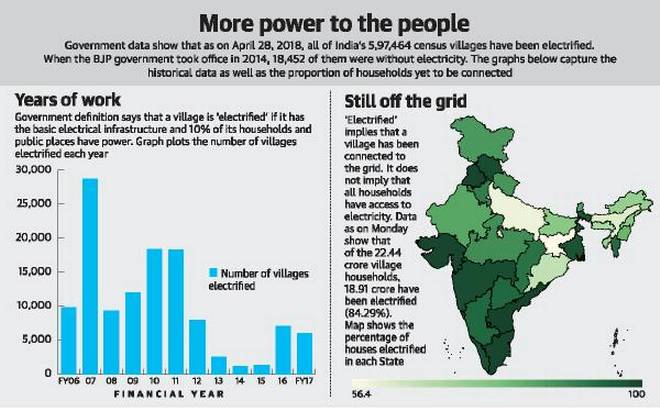 In recent years, the pollution load has increased, sometimes beyond the carrying capacity of the environment.
Though various measures have been adopted to manage pollution, significant progress has not been achieved.

India’s developmental activities are affecting the environment to a considerable extent, through over-exploitation of natural resources and indiscriminate discharge of waste. This has been interpreted by the environmental Kuznets curve (EKC) hypothesis.

As per the hypothesis, as per capita income grows, the increase in environmental impact hits the maximum and thereafter declines.
In the initial stages of economic growth, when more resources are used, there is greater waste generation and more emissions. But when a country has achieved a certain level of development, pollution reduces with greater protection of the environment, technological improvements, diversification of the economy from manufacturing to services, and increasing scarcity and prices of environmental resources, leading to lower consumption.

Where does India lies?

India is on the upward part of the EKC.
For achieving sustainable development, it must move to the second stage.
However, it is not wise to wait for that stage. India can’t ignore the environmental consequences of its rapid growth.

Over the last few decades, water-intensive and polluting industries such as textiles, leather, sugar and paper have shifted from developed to developing countries. They withdraw huge quantities of water and discharge effluents without adequate treatment.
Before 1980, countries like the U.K. and the U.S. played a vital role in textile production and export. But by 2000, their dominance had substantially reduced and the share of developing countries like India and China had increased. One of the factors attributed to this shift is that there are relatively less stringent environmental policies in developing nations. Countries like India are now manufacturing products which contribute to pollution for domestic and international markets.

Hence, pollution leads to the real and potential loss of the overall development opportunity in an economy.
Generally, pollution impacts the socially vulnerable and poor communities more due to their weak coping options.
When traditional drinking water sources get contaminated, the rich can buy packaged water. But the poor cannot afford it and are hence compelled to use contaminated water. They are also less aware of the health hazards caused by pollution.

Pollution is not a disease, it is only a symptom. Hence, its root cause should be investigated.

Economic growth is an inevitable requirement, but it need not be at the cost of health. To tackle pollution, there should be-

Experiences from the U.S. and Europe reveal that pollution mitigation can yield large gains to human health and the economy. With India growing fast, we shouldn’t wait for us to reach to the second stage of Kuzents curve. Sustainable economic growth is only way forward.

The state of local democracy in India: After 25 years of institutionalization

It’s been 25 years since decentralised democratic governance was introduced in India by the 73rd and 74th Constitution Amendments, which came into force on April 24 and June 1, 1993, respectively.
The structural reforms that followed heralded an inclusive, responsive, participatory democracy which was tasked to deliver economic development and social justice at the grass-roots level.

What impact has this reform package had on democratic practices in India?
Have these reforms ensured every citizen a comparable level of basic services irrespective of one’s choice of residential jurisdiction?

Skipping the several success stories, which are exceptions, what happened to the third tier may be hypothesised as a systemic failure.

Local democracy in India is in deep disarray. The village panchayats have not succeeded in enhancing the well-being, capabilities and freedom of citizens. The government should thus take remedial action in the interest of democracy, social inclusion and cooperative federalism.

Also read: Panchayati Raj System: What remains to be done after 25 years?

In the name of independence