Know these names and associated states 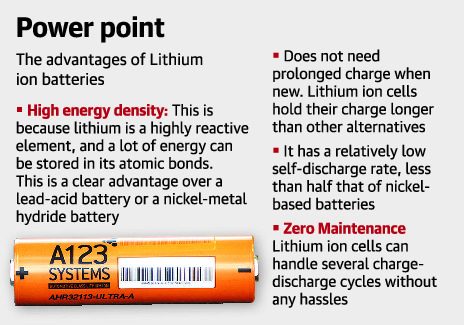 Some of the advantages of LIBs are:

Some of the disadvantages of LIBs are:

Considering the evolution and internationalization of the Capital Markets, it would be worthwhile to consider facilitating companies incorporated in India to directly list their equity share capital abroad and vice versa. In this regard, it has been decided to constitute an Expert Committee to look into this aspect in detail.

Depository Receipt is a mechanism through which a domestic company can raise finance from the international equity market.

Lateral entries in past:

The case for lateral entry is strong:

This would open a side door for the government to appoint its favoured people to important posts, would promote nepotism, and could even be a way to bypass reservation for scheduled caste and scheduled tribe candidates.

Lateral entries are not a panacea:

Lateral entries can buttress the IAS. They cannot replace it.
Technocratic skills are important. But so is the IAS’ unduplicable experience of ground-level governance in India.

Yesterday, we read about Organ transplant racket which has surfaced in Tamil Nadu. It is alleged that International patients are getting more priority in cadaver transplants, bypassing long list of Indians.

Three of four hearts harvested from brain-dead patients were given to foreign nationals, bypassing Indian patients on the waiting list.

As long as there is a shortage of organs for transplantation, there will be a requirement that those organs be offered to patients on the waiting list in an ethical manner. The allocation system should be “fair.”

Next course of action:

There must be an inquiry into how allocations for organ transplants are made. Any inquiry into the allocation of hearts and lungs to foreigners should, therefore, shed light on the factors that led to the decisions, including whether registered citizens were overlooked.

It should cover such issues as the capacity of district-level hospitals to perform transplants, and arrangements to air-lift organs, since domestic patients are unable to afford flight facilities. Such measures will make it possible to utilise more hearts and lungs, and offer them to domestic recipients.

Enrolling all domestic patients through State registries should be the priority for the National Organ and Tissue Transplant Organisation, set up by the Centre with that mandate.

Ethics first: Hospitals and professionals who engage in commerce or unethical behaviour should have no place in the system.

Q.1) Match List I with List II and select the correct answer using the code given below the Lists:

Q.2) Consider the below statements with regard to lithium ion batteries:

Q.3) Consider the below statements: