In News: India is suffering from ‘the worst water crisis’ in its history with about 60 crore people facing high to extreme water stress and about two lakh people dying every year due to inadequate access to safe water, NITI Aayog said in a report on Thursday. The report, titled ‘Composite Water Management Index’ further said the crisis is only going to get worse.

This index is an attempt to budge States and UTs towards efficient and optimal utilization of water and recycling thereof with a sense of urgency. The Index and this associated report are expected to:

The Composite Water Management Index (CWMI) is a major step towards creating a culture of databased decision-making for water in India, which can encourage ‘competitive and cooperative federalism’ in the country’s water governance and management. 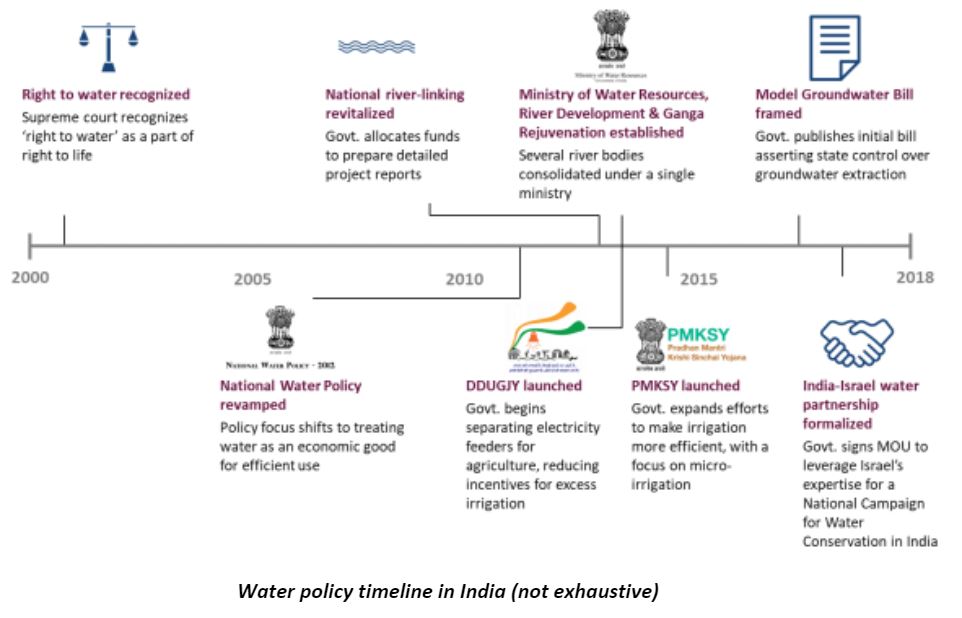 How will climate change hit supply?

While growth in urban population is leading to increased water demand, climate change will make supply more variable. In some places, it will lead to a reduction of availability. In future, one in six large cities is likely to be at the risk of water deficit.

This will ensure that cities survive under drought. This can be done by

Nature-based solutions can address overall water scarcity through “supply-side management,” and are recognised as the main solution to achieving sustainable water for agriculture.

Reduce, reuse, and recycle must be the watchwords if we have to handover a liveable planet to the future generations.

Note: Water is a State subject