SC on appointment of Lokpal

Part of: Functions and responsibilities of the Government; Separation of powers between various organs; Governance issues 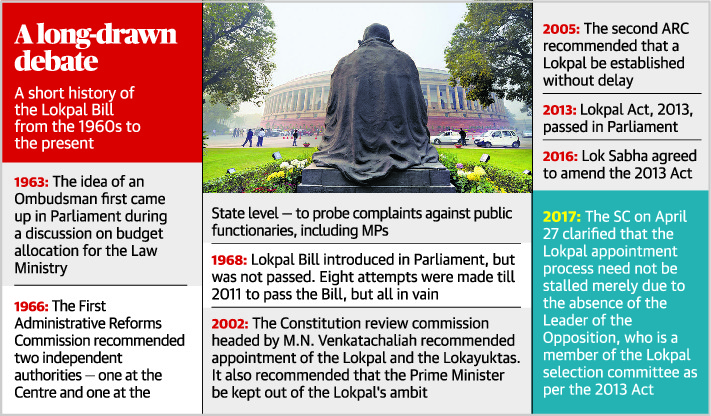 Note: Government had approved AIIMs like institution and upgradation of medical college institutions in Punjab.

India is witnessing some strange trends:

The annually recurring instances of floods in Mumbai, dengue in Delhi and lakes on fire in Bengaluru paint a grim picture.

Status of Urban Cities in India:

With such a vague definition, discretionary decisions yield a wide variance in what is considered a town.

The Central government considers a settlement as urban if –

However, many States consider such “census towns” as rural, and establish governance through a rural local government or panchayat.

For examples, consider Delhi. While historically, urban policy sought to limit urban migration, this is now changing with a focus on revitalising cities nearby such as Meerut, building transport links and connectivity.

Towards a new model

Perhaps we need a different model of urbanisation. The announcement of a new urbanisation policy that seeks to rebuild Indian cities around clusters of human capital, instead of considering them simply as an agglomeration of land use, is a welcome transition.

We need to empower our cities, with a focus on land policy reforms, granting urban local bodies the freedom to raise financing and enforce local land usage norms. For an India to shine, the transformation of its cities is necessary.

Bhutan and India: Treaty of Friendship

The new Article 2 is worded as follows:

“In keeping with the abiding ties of close friendship and cooperation between Bhutan and India, the Government of the Kingdom of Bhutan and the Government of the Republic of India shall cooperate closely with each other on issues relating to their national interests. Neither Government shall allow the use of its territory for activities harmful to the national security and interest of the other.”

The updated India-Bhutan Friendship Treaty not only reflects the contemporary nature of the relationship but also lays the foundation for their future development in the 21st century.

Amongst others, the Treaty provides for perpetual peace and friendship, free trade and commerce, and equal justice to each other’s citizens.

Q.1) According to the Lokpal & Lokayuktas Act, 2013, which of the following statements is/are correct?

Q.3) Consider the following statements regarding the jurisdiction of Lokayukta:

Q.4) Recently, some states are racing to gain special status which confers preferential treatment in the form of central assistance and tax breaks.  Which among the following are the conditions to categorize states for special status?

Select the correct code given below:

Q.5) Which of the following statements are correct about ‘Bandipur National Park’.

Proving the hardliners in Tehran right

This is no way to talk

Parting reflections of a CEA