Supreme Court pronounced its verdict on the ongoing tussle between the Centre and the democratically elected Arvind Kejriwal government over who wields the power to administer and govern the national capital.

Reforms in the police forces

Part of: GS Mains II – Governance; transparency & accountability and institutional and other measures

According to Supreme Court,

The directive from Supreme Court is primarily to “ensure that State governments do not exercise unwarranted influence or pressure on the police.” 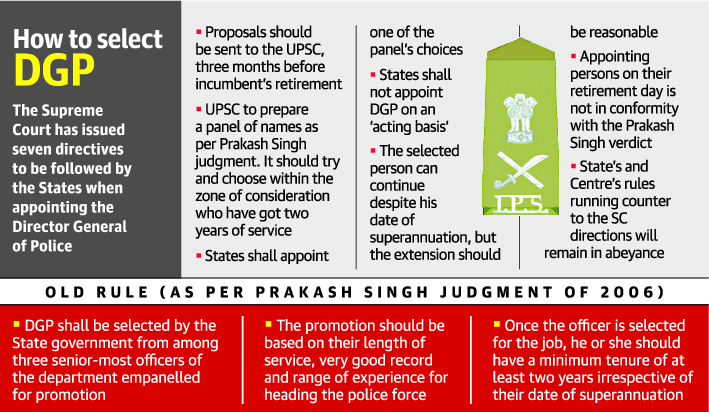 Part of: GS Prelims and Mains I and III – Art and Culture; Science and Tech

It also highlighted that most of the current policy attention focused on first three of four components of a recovery in financial sector health— recognition, resolution, recapitalization and reform.

Even as the challenges of recognition, resolution and recapitalization continue to dominate the public debate, there is also a need for a debate on the financial structure reforms that India needs in its next round of economic growth.

There have been two different financial structures till now.

Financial structure which came up during the era of planned industrialization.

Financial structure that came up during second era: after the radical economic reforms of 1991.

The experience of the past decade clearly shows that commercial banks have struggled to profitably lend to long-term projects. They are now weighed down with soured loans to steel, telecom, power and infrastructure projects.

Public sector banks were forced to lend to these projects during the previous credit bubble times.

Commercial banks have been unable to convert their short-term liabilities to long-term assets for a variety of reasons. The limitations of universal banking are evident now.

What next? Is there a need to create new generation of development finance institutions?

What India perhaps needs is a newer generation of financial agencies that can help build national infrastructure without landing in a balance sheet mess.

The other alternative is deeper bond markets to provide finance to large projects.

There is a need for a financial structure in which large companies borrow from the bond markets while smaller companies get their funding from commercial banks.

The Indian bond market has shown some signs of life in recent years, especially after banks went slow on fresh lending because of their balance sheet troubles. The risks of depending on commercial banks to fund large projects are still evident.

Sikhs and Hindus have long suffered widespread discrimination in the conservative Muslim country and been targeted by Islamic extremists. Today the community is comprised of only around 1,000 people.

Under Taliban rule in the late 1990s, they were told to identify themselves by wearing yellow armbands, but the dictate was not wholly enforced. In recent years, large numbers of Sikhs and Hindus have sought asylum in India, which has a Hindu majority and a large Sikh population.

Over the past few months, the Afghan government has been trying to reach out to the Taliban to begin a peace process.

The IS set up its Afghan affiliate as a South Asian outpost when its so-called caliphate in Iraq and Syria came under strain. Afghanistan is relatively easier terrain for the IS to recruit fighters from and occupy turf.

When the government and the Taliban were fighting each other, the IS built a network in certain provinces and started targeting minorities.

Most of its previous attacks were aimed at the Shia minority. Now, by attacking Sikhs and Hindus, the IS has re-emphasised its worldview and renewed its threat to any attempt to make peace in Afghanistan.

If the IS is allowed to grow, Afghanistan’s descent into total chaos will only be a matter of time.

Q.4) In which of the following texts can we find Dohas written by Kabirdas?

Which of the above characteristics is/arethe features of Tanjore Painting?

The bilateral limits of hype: on India-U.S. relations

The marriage penalty on women in India

The need for innovation in the legal sector