Why is the rupee falling continuously?

What is Rupee Appreciation and Rupee Depreciation?

The value of Indian Rupee (or any other currency) is determined by the market. The demand and supply forces in the currency market. If the demand for Indian currency is high, Indian rupee will have high value, and if demand is low, it will depreciate.

So, if market forces determine the value of a currency, that type of system is called Floating Rate System. India has adopted floating rate system since 1975.

If the government or RBI fix the exchange rate of a currency (and does not allow any variations according to demand and supply forces in the market), such a system is called Fixed Rate system. It is also called Bretton Woods system or Pegged Currency System. India was following this kind of system till 1975 and partial controls till 1993.

Difference between Devaluation and Depreciation

Difference between Revaluation and Appreciation

Revaluation is a term which is used when there is a rise of currency to the relation with a foreign currency in a fixed exchange rate. In floating exchange rate correct term would be appreciation. 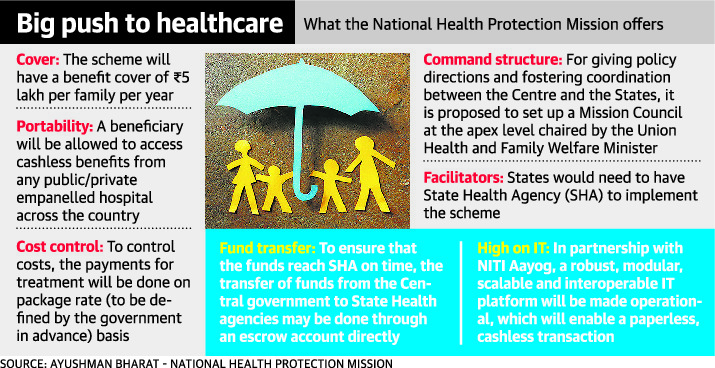 Salient features of the AB-NHPM scheme:

The Lok Sabha passed a Bill that allows ‘Proxy Voting’ to non-resident Indians (NRIs).  The Chief Election Commissioner expressed his views on proxy voting for NRIs, the fake news challenge, electoral bonds, and why EVMs are the best option.

About EVM and VVPAT: Feasibility of paper ballot

Bringing up a science: Research and Education in Evolution biology

Q.1) Consider the below statements with regard to Depreciation and Devaluation:

Q.2) If a country devalue its currency against other foreign currencies then it may lead to:

Q.3) Consider the following statements with reference to depreciation

Q.4) Consider the following statements with reference to depreciation of a currency

Q.5) Which Ramsar Convention sites in India are under Montreux Record?

The market across the border

A brief history of democracy

The Freedom We Long For

A matter of confidence