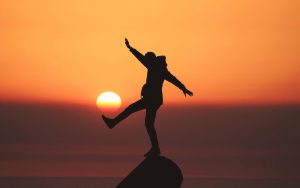 Liberation of the individual:

Spirituality is not an ideology, it is not a concept, and it is not a manmade dream. Spirituality is an existential longing to know who you are. That is why there is no other force more powerful than an individual’s longing. It is more powerful than all of the atomic bombs that man has ever created, because this force, once it takes over an individual, can remove everything out of their path and simply allow them to focus: Who am I? What am I? Why am I? Why am I eating? Why am I breathing? Why am I walking? Why am I dreaming? Until an individual comes to a fundamental questioning of who he is, he is simply lost in the collectivity.

A further example of this collectivity is religion. In religion, you cannot recognize an individual because it is just another collective ideology. If you are a Hindu, a Muslim, or a Christian, does it say anything at all about you? No. It can only say something about where you grew up. In fact, everything about you, from the way you look to the language that you use, has been acquired from the outside. And all the accumulation has submerged and hidden the real you.

Throughout human history, if an individual saw something that sparked his curiosity he would want to express himself, no matter the circumstances. For example, when Galileo figured out that we live on a round planet and that the Earth rotates around the sun, the church considered this to be an absolute heresy. During the time of Galileo, if you were not following the orders of the church you were a heretic, which literally means “one who goes their own way”.

Galileo was also considered to be a danger to the church because the church always believed that the earth was flat and that it was created in six days. So the church branded Galileo as a heretic and his papers were not allowed to be published. They went back and forth and finally the church forced Galileo to write at the end of his papers that his findings were only a speculation, not the truth. Only by adding that condition could Galileo publish his papers.

In a way, we have come very far. Now an individual is free, theoretically. Psychologically he is still bound by a suppression that has kept him in bondage for so many centuries. Since man comes from this collective consciousness, whether he knows it or not, there is a part of him that knows that his ideas were subjugated at one point in time. At that point in time, man had the fear of expressing himself freely. So in a subtle form, that suppression has continued to this day in the form of the family, the community, the religion, and the ideologies of the country

“This article is a part of the creative endeavor of The Ahamo Movement and IASBABA.”