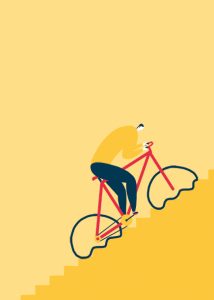 A lot of times we have heard people talk about how one should believe in their dreams to be able to realize them. Belief is put on a pedestal much above all other qualities necessary for success. “Believe in Yourself” is a common mantra prescribed by many, but how much of this “Believe in yourself” jazz is real and how much of it is just another way of saying, just keep at it.

This is where a lot of people live in blind belief. Just because they can believe, they believe that they can do anything. Very few reflect on the sheer amount of effort it takes to try and achieve something very few have. We tend to forget that the greater the dream, the more effort and sacrifice it takes to get there.

At the end of the day, success in anything is very simple. Success is deferred gratification. If you can put aside all your momentary pleasures and work towards something, the rewards of which are somewhere very far in the future, then you will be giving yourself the best possible chance of succeeding.

There is absolutely nothing great about your belief. It is a neutral quality given equally to all who are trying. You would not get any special benefits out of believing. You cannot increase your chances of success just by believing a little more. Belief is a basic necessity it is not a differentiator.

The key differentiator is effort. The sheer amount of effort you are willing to put in makes all the difference. How many of your worldly pleasures are you willing to sacrifice? How many of your daily impulses are you willing to control and direct towards a higher goal is all that matters. One pointed focus and effort in the right direction is what makes a difference, not just believing that you can do it. You can believe all you want, if you don’t know how to swim, you will drown.

“This article is a part of the creative endeavor of Inner Revolution and IASBABA.”