About National Socialist Council of Nagaland

Are GM crops a failure?

According to a research paper co-authored by leading agriculture scientist M.S. Swaminathan –

Prof. Swaminathan, credited with leading India’s Green Revolution, has in recent years advocated ‘sustainable agriculture’ and said the government should only use genetic engineering as a last resort.

Swaminathan emphasised that genetic engineering technology is supplementary and must be needbased. Only in very rare circumstance (less than 1%) may there arise a need for the use of this technology. 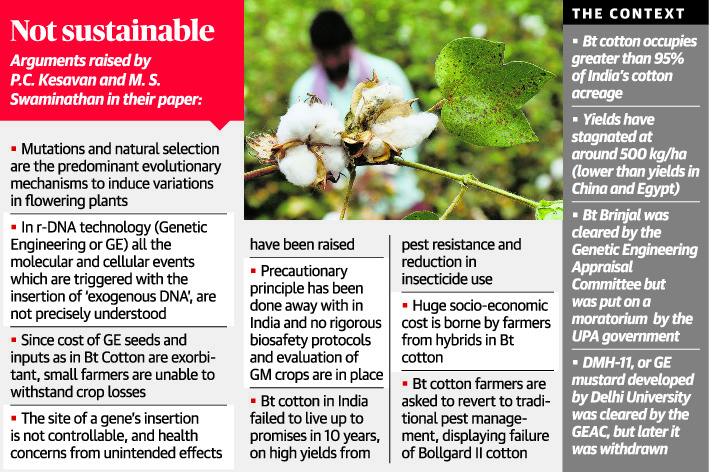 Part of: GS Prelims and Mains I – Art and architecture; Conservation of Heritage and Monuments

ROLE OF SOCIAL MEDIA AS A POLARISING AGENT

What has social media done?

SOCIAL MEDIA AS AN ENABLER

Inclusive and participative tool of governance

Q 2) With regard to Gangaikonda Cholapuram consider the following statements:

Q 3) Which of the following organization is responsible for the preparation of economic survey in India?

IAS Baba is one of the top-notch IAS online preparation help platform providing you with the most cutting-edge IAS preparation material in the form of small digestible study packages. Enrol with us to get ready for your IAS Prelims and Mains in the most holistic way.

Here you’ll find the complete UPSC syllabus for IAS exam, which is conducted by UPSC.

An invitation to corruption?

A shot in the arm