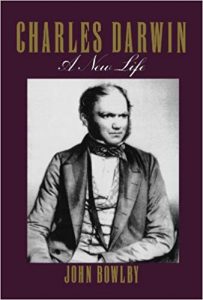 Charles Darwin doesn’t need any introduction. He is one of the most significant figures of the scientific world. He did his best work on the theory of evolution when he was in his 20’s. A curious scientific thinker from a very early age, he has opened up the understanding of the nature of reality around us in ways that is hard to imagine.

A new life is a collection of some of his best writings. It offers a unique perspective into the nature of his mind and his approach to understanding life. In his book “The origin of species” he expounded one of the greatest theories of all time, the theory of natural selection. It is a book that stands as a testimony to his great skill as a scientific thinker and experimental genius.

Of course there are people who dispute his theory and some of its basic tenets are being questioned. Yet, it does not take away anything from the fact that he has remained in the hearts and minds of people for over 150 years as the most progressive thinkers of mankind.

Read “A Life” to get a glimpse of some of his works. They will put in you on a path of scientific thinking and exploring. It is a book that has all the ingredients to make it a fabulous read.