Objective: To boost skill training and entrepreneurship in the remotest corners of the country

Why: The emergence of the rural industry as an important growth engine for the economy makes it an imperative for us to stress on skilling our youth in remote districts of the country. JSSs can play an important role in bridging information asymmetry between skill training and market opportunities thereby giving an impetus to the creation of a workforce equipped in technology-driven skills, including in areas like health & wellness, tourism, e-commerce, retail and trade.

JSS guidelines have been reformed keeping in mind the diverse stakeholders engaged in running these institutions, and will bring in greater flexibility, transparency and uniformity.

Jan ShikshanSansthan (JSS) has been instrumental in skill training and introducing avenues of entrepreneurship among the socio-economically backward and educationally disadvantaged groups such as neo-literates, semi-literates, SCs, STs, women and girls, slum dwellers, migrant workers.

The pace of reduction of poverty in India has speeded up in recent years as per the Global Multi-dimensional Poverty Index 2018 as also the note published by the Brookings Institution.

Mahila Kisan Shashaktikaran Pariyojana and Value Chain Initiatives: In order to promote agro-ecological practices that increase women farmers’ income and reduce their input costs and risks, the Mission has been implementing MKSP. DAY-NRLM has also made significant efforts on creating value chain development interventions to enhance market linkages. The idea is to develop a complete business model to provide primary producers with end-to-end solutions from creating producer organizations to building marketing linkages.

Start-up Village Entrepreneurship Programme: DAY-NRLM has been promoting SVEP to promote and strengthen rural start-ups in the non-farm and off-farm sector. The strategy is to promote knowledge about business feasibility, management and to provide access to loan finance for start-up as well as scaling-up the existing enterprise.

The eCourts project has made significant progress under the guidance of e-Committee of Supreme Court of India in computerizing district and subordinate courts of the country through installation of case information software, hardware and local area network in courts.

Court case information such as judicial proceedings/decisions, case registration, cause list, case status, daily orders, and final judgments of all computerized district and subordinate courts of the country will now be available across all Common Service Centers in the country.

The rural reach of the CSC’s is extensive, envisaging a minimum of one CSC in each Gram Panchayat, thus enabling eCourts services to reach all corners of the country. The collaboration between Department of Justice and Common Service Centers would thus mean that litigants can access easily, and readily case status information available on eCourts database from any CSC. The eCourts database contains case information in respect of over 10 crore cases and more than 7 crore orders / judgments.

To ensure affordability, Department of Justice has decided not to charge any fee from the customers for eCourts related services delivered through CSC’s. However towards cost of service, CSC’s has been authorized to charge Rs.5/- for any of the 23 services available on Courts portal. Printing charges will be Rs.5/- per page, if it is more than one page.

Inauguration of international forum for advancing global collaboration in Homoeopathy

The World Integrated Medicine Forum on the regulation of Homoeopathic Medicinal Products with the theme ‘Advancing Global Collaboration’ was inaugurated.

Why: More than a billion patients worldwide are demanding safe and effective medicines for their healthcare. As a result, the demand for Homoeopathy is growing. There is still a highly disparate situation among countries with regard to the regulations of homeopathic medicines and this directly affects the availability of these medicines.

Western medicine is today facing a huge challenge of management of non-communicable diseases which can be tackled by means of safer medicines. Excessive use of anti-biotics, pain-killers, anti-depressants, anti-hypertensive, statins, etc. are causing much harm to the society.

Homoeopathy, with its safe dosage can prove to be an effective alternative in such situations.  It has the potential to address non-communicable diseases by appropriately treating patients holistically in the initial stages and can also reduce the usage of these drugs.

Aim of the Forum

The legitimate and increasing demand for homeopathic products by patients and health care providers worldwide needs to be balanced by appropriate regulatory framework which proportionally addresses quality, safety, effectiveness and availability of medicines. To achieve this, the role of regulators, industry and respective countries are intertwined. India is the rightful host to such a forum, given its openness to medical pluralism, both politically and culturally.

Memorandum of Understanding between India and Kuwait for cooperation on the Recruitment of Domestic Workers: The MOU provides a structured framework for cooperation on domestic workers related matters and provides strengthened safeguards for Indian domestic workers including female workers deployed in Kuwait. The MOU is initially valid for a period of five years and incorporates provision for automatic renewal.

India and Maldives held substantive discussions on further strengthening bilateral defence cooperation. Both side agreed that the two countries would continue their traditionally close cooperation on issues of maritime security, counter-terrorism and medical cooperation.

A few notable actions for transformation of RE Ecosystem in India are:

Conceptualised and led by the Indian Navy and Coast Guard saw the simultaneous activation of India’s entire Coastal Security apparatus across all nine Coastal States and four Union Territories.

The exercise saw the complete support and earnest participation of all Central and State agencies including the MHA, MoD, Customs, CISF, Dept of Fisheries, DGLL, DG Shipping, Port authorities and the Coastal police of all participating states.

Kalamsat-V2, a student payload, first to use PS4 as an orbital platform – this flight marked the first mission of PSLV-DL, a new variant of PSLV with two strap-on motors. 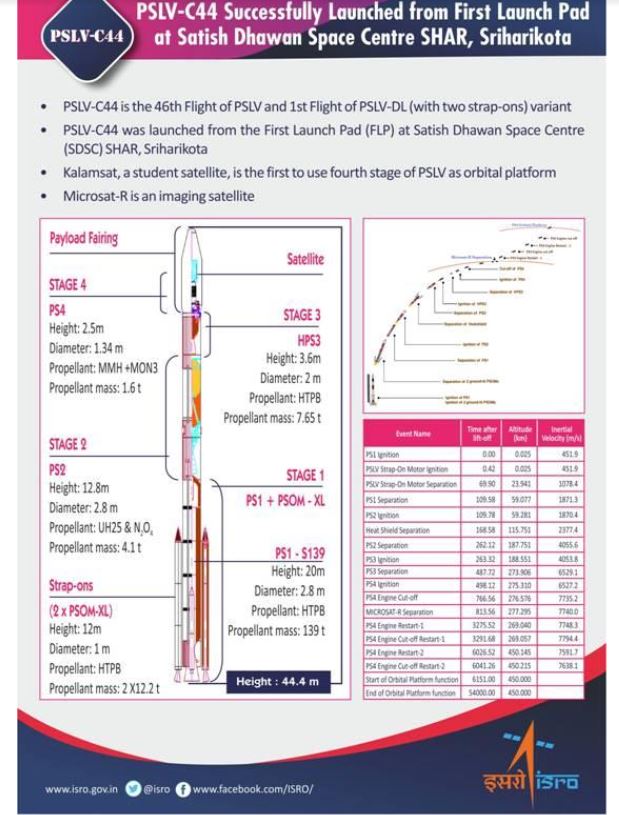 On development of rural areas